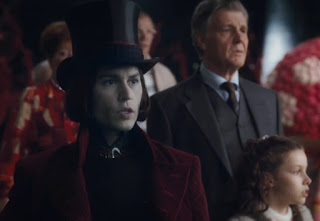 While many have read the book, I think pretty much everyone has seen both movies for the most part. The two are a bit different. The "remake" was ironically closer to the novel, but I just prefer the original with Gene Wilder. 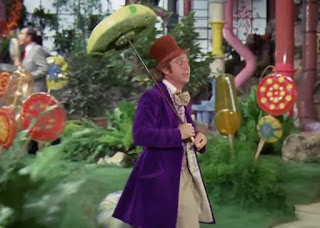 While the author Roald Dahl hated it, I think it's a masterpiece. Remains one of my favorite films ever. I thought the newer Willy Wonka was good, but it just isn't in the same class as the first.

We love the first one!!! But we saw both.

I've only seen the first one and didn't care for it too much.

I agree. Gene Wilder was my favorite.

Both are wonka:) the Oompa Loompas are just freaky but I prefer the original to Johnny Depp

I actually prefer the remake because it was closer to the book, Willy Wonka was odd and I'm so glad the remake stuck to that. Roald Dahl was so upset at the original version that he refused to let another movie be made but his family finally agreed when Tim Burton said he would keep is as close to the book as possible.

I am not a Johnny Depp fan (I know, I know...)so I'm not fond of the remake for that reason. The original is better except for that trippy LSD scene when they are in the boat - can't stand that part. I prefer to read Roald Dahl than to watch what directors have done with the movies. -Jenn

Normally, I am all about the original. However, in this case, I prefer the Johnny Depp version. I just enjoy all the pops of color in that film.

I love both films the remake and the original because they are both my favorite childhood fantasies!! And I like one of the bad kids from the original movie and that will be Veruca Salt because I like the part when she Sanged I Want It Now!! Then of course my other favorite character is Willy Wonka from the remake and the sweet inecent little boy is Charlie Bucket from both films.♥♥🌈🌈😍🎩🍫🏭🍭🍬