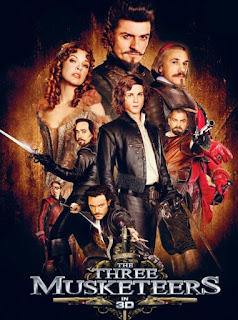 When it comes to the works of classic literature from the country of France, very few titles are as well known as The Three Musketeers by Alexandre Dumas . That being said, I've never read the books or seen anything significant based on it either. I'm not sure why to be honest, and to be even more frank I had no idea this movie even came out in 2011. I heard mixed things about it before I watched it, but I figured it would be at least worth seeing just to be familiar with the characters even if I was skeptical on how true it was to its own roots. But it has a impressive cast with personal favorites of mine like Christoph Waltz and Milla Jovovich.  So did this movie based on the classic French novel impress me or let me down? 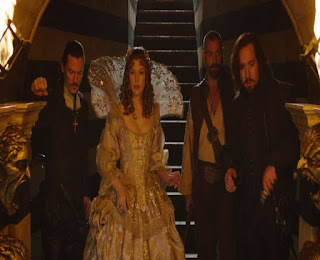 The film is (obviously) about the tale of three great and skilled friends. Their names are Athos, Porthos, and Aramis and while their strengths are different, not many warriors would stand a chance against them. With the help of Milady de Winter, they take a secret copy of  Leonardo da Vinci's blueprints for an "airship". However shortly after getting the blueprints, they are betrayed and the plans fall in the hands of English Duke of Buckingham George Villiers. The Duke is not a very nice man, and he decides to use these plans to increase the British armada into a unstoppable force. Which troubles all of those in France as the French military has no such thing. After the assassination of King Henry IV of France, the country is now led by the young and naive King Louis XIII who has no real friends at court. 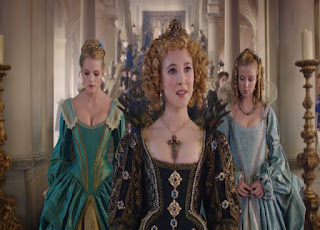 While married to her, King Louis XIII feels like he doesn't have the heart of Queen Anne. The Queen of France is kind and loves the musketeers. When the King of France's chief minister Cardinal Richelieu tries to get Louis XIII to punish them, Anne reverses the situation. Cardinal Richelieu is no true friend to the king, and devises his own plans to change the future of France. While the Duke of Buckingham has own evil schemes to put the whole country in chaos. The trio's only hope may be the young man named d'Artagnan who has a power that rivals any of the trio. When they all combine forces, they may be able to save France. Overall I thought that 2011's The Three Musketeers was about what I expected. It's decent but not the best. The action scenes are hit or miss, and the story gets a little silly at times. I've never read the books, but I have to wonder if airships were even in it which I rather doubt. It does have great actors and semi-notable performances but nothing that would have ever elevated them to Oscar-status. I would probably blame the director/producer Paul W. S. Anderson who mainly makes movies based on video games. I still do find the movie hard to hate, though it could have been so much more than it was.

Haven't seen it, but from your review, looks like I'm not missing much.

There was one in the early 70's with Michael York

I don't know this version at all. I will have to check it out but love the '73 version which I just spoke about

If you give it a C+, I'll probably pass, even if it shows up on cable for free.