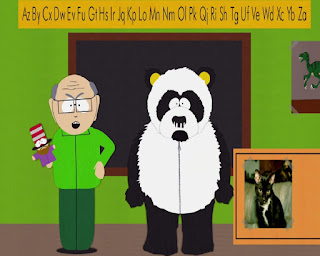 South Park is something me and my wife are re-watching, though it's new for her. The third season is good but some of it's episodes have aged a little. 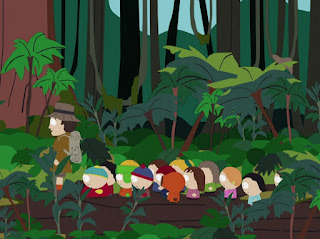 Though the rain forest one does not. I didn't even realized Jennifer Aniston lent her voice this episode as the main Rainforest activist lady. 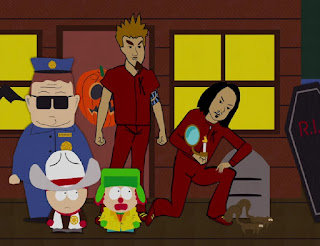 And the Halloween one is pretty fun. The band Korn (if you remember them) guest starred and basically played the role of Scooby Doo. 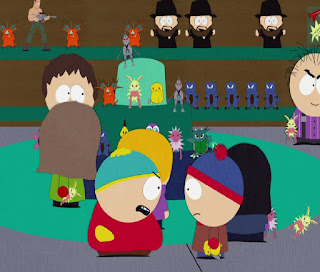 I also fondly remember the Pokemon parody with Chinpokomon. 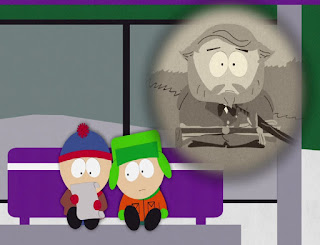 And we learned that Cartman does whatever it takes to prove he's right on history even when he's dead wrong. 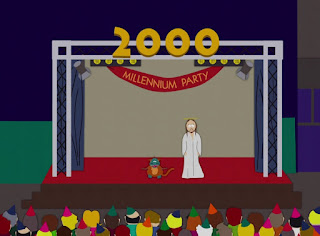 I also remember the episode where we saw God. Man certainly wasn't created in his image there.
Posted by Adam at 12:00 PM