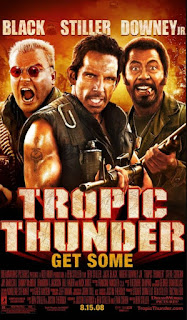 To be honest and personal, 2008 was not a good year for me personally as my first years into being "grown-up" were very rough. So I guess that's a reason I missed Tropic Thunder while it was still new. Almost ten years later, I finally sat down and watched it. 2008 was also the year the original MCU movie Iron Man came out which also starred Robert Downey Jr. While Ben Stiller is the lead role, the cast is impressive with the likes of Jack Black, Matthew McConaughey, and even Tom Cruise showed up. I didn't know much about the movie except it appeared to be a movie based on the Vietnam War. I was sorta right and sorta wrong on that one. 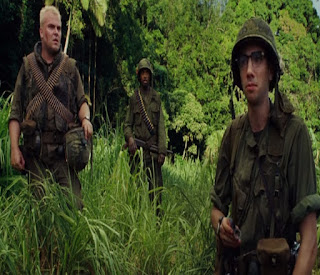 The film has a movie-within-a-movie with the characters being actors. They are to film a movie based on the Vietnam War based on the book by (the fictional) Staff Sergeant John "Four Leaf" Tayback called Tropic Thunder. The film's star Tugg Speedman is aging and getting washed out and needs a big hit. His co-star Kirk Lazarus goes to extreme lengths to morph into character. Besides them the film also stars a fart-comic named Jeff Portnoy, a rapper named Alpa Chino, and a rookie actor named Kevin Sandusky who often is the voice of reason among them. The chaos among the stars personal issues becomes a nightmare for the film's director who takes the initiative to have them stranded in the jungle and they can't go home until they do the acting right and finish the movie. But the director steps on an old land-mine and leaves them literally stuck in the middle of nowhere. Which is not quite good for any of them. 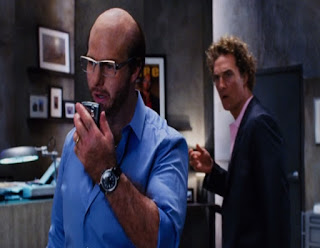 The film's set is literally in nature and there is nobody around to help them. Their helicopter ride pilots are clueless, and the actors can barely work a compass. However real guerrilla fighters spot them in the woods, and they don't exactly like American soldiers, even if they are actors. Things go even worse when Tugg Speedman has a bitter argument with Kirk Lazarus and ends up splitting from the group. With a bunch of morons stuck in the middle of Southeast Asia, will they ever finish the movie and go back home? 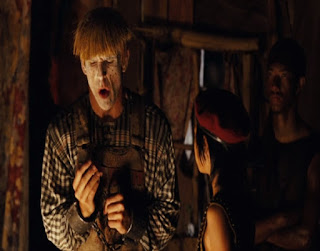 Overall I liked Tropic Thunder but not quite as much as I had expected. The first third of the film is a little rough and not very appealing to me. It gets better especially as some surprising character development goes along. I'm not much of a Tom Cruise fan but he's pretty awesome in this movie. And Robert Downey Jr. really does stand out as Kirk Lazarus and was quite a move to take in an age of social justice warriors. While Oscars usually snub comedies like this, Robert Downey Jr. was nominated for Best Supporting Actor for his role here and eventually lost to Heath Ledger for his role as The Joker in The Dark Knight. With all that being said, I would consider it to be one of Ben Stiller's better (but certainly not best) movies.

My husband and I have watched this a couple of times. I'd give it the same score.

Saw this with my pops as a preteen. It's still in my movie "collection". Absolutely hilarious.
Robert Downey JR (while fake black) - ....what you mean "you people"?

The actual black guy - "What YOU mean "you people!?"

You made me realize all the actors are horrible ones....but somehow it turned out great. Jack Black junkie, ahahahaa.

RDJ's politically incorrect role in that movie is legendary! LEGENDARY! Only he would have the chutzpah to pull off that performance!

I think I would enjoy this movie! Love the premise!