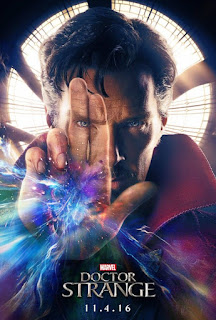 While this might upset some Marvel fans, but I will say that Doctor Strange has been rather low on the list when it comes to Marvel superheroes. Now granted, I don't have time or energy to keep up with the literal comics but all the work I've seen that features Doctor Strange hasn't been that awesome. However I was optimistic about Marvel Cinematic Universe's Doctor Strange as they usually impress more than they disappoint. I was also excited to see Benedict Cumberbatch who is one of my personal favorite actors ever. I also was pleased to see Rachel McAdams whom most people would remember from The Notebook. Spider-Man, X-Men, Iron Man, Captain America, and many others have had great success on the silver screen but what about Marvel's mystic hero? 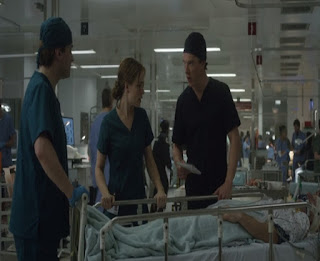 Doctor Strange is literally the hero's name in the story and not a funny title he made for himself. Dr. Stephen Strange is a brilliant surgeon who is selfish and rather rude at times. While driving rather recklessly, he crashes his nice ride and ends up badly hurt. Waking up in the hospital, Dr. Strange is mostly in good shape except his hands which are weak and frail. When the hands don't recover and are in a horrible state, this leaves Dr. Strange's line of work impossible to do. Without any answers or hope, his motivation is revived when he hears a rumor of a man who came back from almost near paralysis. He finds the man playing basketball, and is amazed by his improvement. Taking pity on Dr. Strange, the man tells him of a place in the remote mountains in Asia which granted him a new power to heal his body. 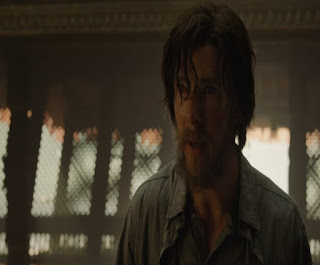 Dr. Strange hops on a flight to Nepal and without much help goes to find the source of the cure.  He eventually gets to the Ancient One who is a mystical warrior who is unequal in skill. Dr. Strange is befriended by Karl Mordo who is one of the Ancient One's top students and helps Dr. Strange greatly in his training. Dr. Strange learns of the mystic arts and notices powers similar to the Avengers but on a much different scale. A fallen disciple named Kaecilius wages a mystical war with The Ancient One and all of her followers. The dark magician works for the demon warlord Dormammu who seeks to take whatever he desires from the Earth. Will this unexpected hero be able to defeat such great and unusual foes? 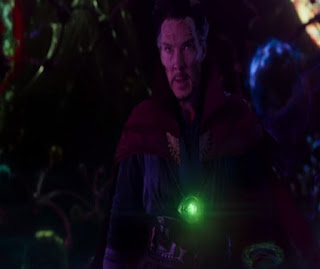 To be honest, I really wasn't expecting Doctor Strange to really wow me. I knew most of his origin story already, and I thought they diluted his motivation to go and find a cure for his crippled hands. Another problem is just the lore around the character of Doctor Strange, as his powers (and his foe's as well) can get really weird and hard to follow. Benedict Cumberbatch works well as Dr. Strange along with most of the cast, but the story and villains could have been written much better. Dr. Strange will soon be joining The Avengers in some way, and I look forward to seeing it, but as far as another stand-alone Doctor Strange, well I hope not. I don't regret seeing Doctor Strange, but I'm really glad I didn't see it in theaters.

Yeah, I agree with your assessment, Adam. I did go see Dr Strange in the theatres. It was a good enough movie (some great special effects and I love Benedict Cumberbatch too) but the character and origin story of Stephen Strange just didn't grab me the way other Marvel movies have. Give me Thor 'n Loki or Captain America 'n The Winter Soldier ANY day!

I love Benedict also but heard similar reports about this movie and the title just....sucks really. I will see it but not for a while

I saw it and agree with your rating.

I really need to catch some of these.