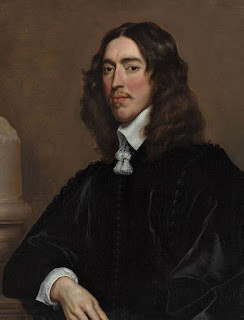 Johan de Witt was a key figure in Dutch politics during the mid 17th century. His stance of having far less power for the monarchy directly made him the enemy of William III Prince of Orange, who actually co-ruled England with Mary II. Supporters of the monarchy murdered Johan de Witt and were said to have eaten his liver.  William III was probably very likely to have influenced de Witt's murderers to take drastic action.
Posted by Adam at 12:00 AM

Email ThisBlogThis!Share to TwitterShare to FacebookShare to Pinterest
Labels: fact of the day, Netherlands, politics

Oh how awful, eating his liver!

With fava beans and a nice chianti?

Wow, eating his liver, I take it this was to make a point to others who may oppose them.

I wonder what Turnip Top liver would taste like????
Maybe I will ask our Aussie Prime Minister - he could do a parody
on Trump liver cuisine....now that would be funny.
Cheers
Colin

Another sad episode in history.

What a nutty bunch!