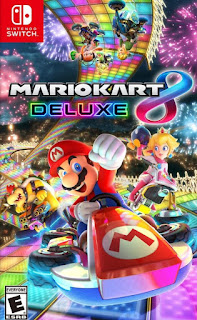 Even though the Nintendo Switch is a very popular new console, ironically the first two big games could also be found on the WiiU. While Breath of the Wild was co-launched Mario Kart 8 was certainly out for years. Now granted Mario Kart 8 was one of my biggest disappointments in the series, and if they needed to re-tune any of them, it would be this one. Since I no longer have a WiiU or my old copy of Mario Kart 8 I figured I'd get this mainly because of multiplayer. Now granted it never feels right spending the dough to get the same game twice, so are the new upgrades worth it in the long-run? 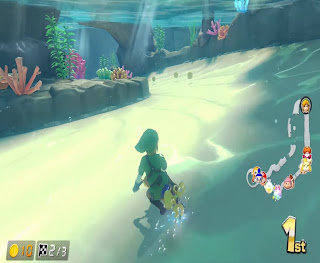 Not much has changed in Mario Kart 8 Deluxe since the original version. You get all the content that was DLC on WiiU at the start, so that's really good. That's A LOT of characters (like Link from Zelda and the Splatoon characters) and a heck of a lot of tracks including remakes of retro games all the way back to the Super Nintendo days but in the HD graphics and polygons of the Nintendo Switch. One of the notable changes is the fact that you can now carry two items at once like you could in Mario Kart: Double Dash on the Nintendo Gamecube. Not as cool as it was back almost a decade and a half ago but still pretty neat. 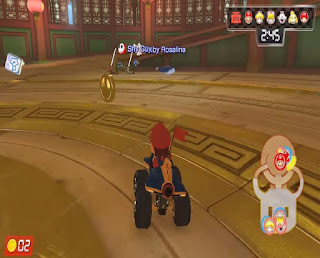 Online and offline multiplayer racing is more or less the same, but the biggest change by far in Deluxe vs the original version is the battle mode. The battle mode in the WiiU version was so awful that I barely remember it and I certainly spent very little time. Now I've haven't been a huge fan in the battle modes since SNES, but I actually had some decent fun here. I also noticed in online matches that the "rubber-band racing" where a weaker player always seems to "catch up" isn't quite true here anymore. The old strategy of staying behind number one until the last stretch won't get you very far here. 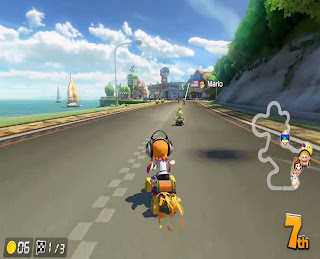 In-fact it's pretty difficult to get in first now, as I could barely pull a 3rd and I've been playing Mario Kart for decades. I do suspect cheating as Mario Kart since Mario Kart DS has been prone to having glitches create loopholes for players to have a super unfair advantage. I at first was optimistic but I remember seeing two guys who had an abyss of difference between them and the person in third place. Hopefully if my beliefs are true, Nintendo may be able to fix the issue because I know it ruined the fun in Mario Kart DS when everyone started to cheat.

Mario Kart - what a classic!