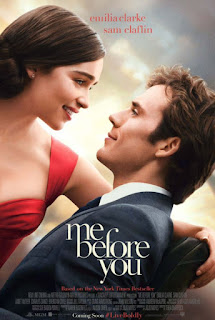 Now to be perfectly honest, the only reason I ever even wanted to see Me Before You was because Emilia Clarke a.k.a. Queen Daenerys Targaryen from HBO's Game of Thrones was in it. I was also pleased to see other GOT cast members show up like Charles Dance (Tywin Lannister) and I even noticed Samantha Spiro (Melessa Tarly) as well. I also didn't recognize the film's male star Sam Claflin at first but I do now recall his role as Finnick Odair in the The Hunger Games movies. I also noticed Matthew Lewis who most people would remember as Neville Longbottom from the Harry Potter film series. With a strong cast there is much to like, however I did hear mixed things about the movie. Was the story as good as the crew? 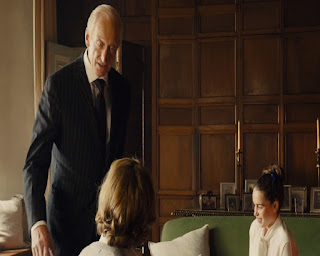 The story begins as the ditzy but good-hearted Louisa Clark loses her job at a small cafe in England. She works to help support her working-class parents as her father has been unemployed for quite some time. With the family fortunes in the dumps, Louisa Clark goes out to find a new job. She doesn't have much luck, but finds a job as a caretaker at a very nearby estate. She has no experience but she doesn't have much choice in the matter either. The family she serves are the wealthy Traynors and their son Will Traynor was in a automobile accident awhile back and is now confined to a wheelchair for the rest of his life. Will's mother tells Louisa that he has good days and he has bad days. 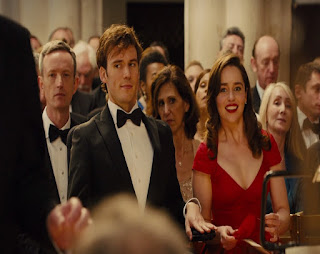 And to be honest Louisa is not exactly prepared for Will. He at first tries to push her away by being mean and bitter all the time. Things get difficult emotionally for him when his best friend ends up with his now ex-girlfriend who left him after he became handicapped. Louisa learns that she isn't Will's only caretaker as he has a pretty competent nurse among others. Will's mother and father hired Louisa to help Will more on the emotional level. Louisa starts to really understand when she overhears Will's true intentions about going to a special place in Switzerland. Louisa thinks Will is making the wrong choice, but can she do anything? 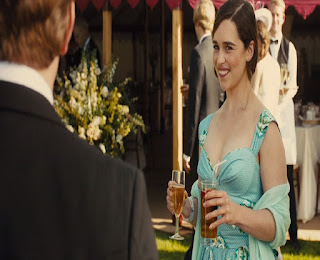 Me Before You was a pretty mediocre film if I have to say so. You're more annoyed by the characters of Louisa and Will until later on, which doesn't make things that good for a story. The movie is based on a novel by Jojo Moyes who also wrote the script for the movie version, so I don't suspect the novel was much better but I could be wrong. I also really dislike romantic movies for the most part, and while the ending will probably make women cry, it just annoyed the crap out of me. The film did pretty well globally at the box office, but I agree with most critics that this movie had plenty of problems.

We went to it in the theatre and liked it well enough. In fact, it was actually better than I feared it would be. Perhaps that was the secret -- I had low expectations, lol.

We also went to see it when it first came out, like Debra I thought it much better than I was expecting, I actually enjoyed this movie.

Some movies are better seen from the couch. Once you like watching a character from another show, its hard to see them play a different roll.
Lisa
Lisa

I think Mrs. C. watched this movie but I don't recall her being enthusiastic about it.

I liked both the movie and the book.

I enjoyed the movie but I liked the book much more. It was really good.

I'm going to avoid the movie. I like happy movies.