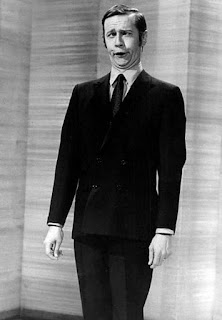 When I was in my teenage years, I watched a lot of stand-up on Comedy Central. But now I don't really watch any, I'm not sure why I stopped. But I will say my favorite person on stand-up was George Carlin who had been doing it since the late 1950's. If you look up his earliest work, it's a little hard to recognize him except a much younger-sounding voice. While most people in their 60's and 70's usually have very little left in their career, Carlin was probably at his prime then. Especially as he was amazing at exposing the absurdity of religion, pointing out the stupidity of the "average" man, and correctly calling out corrupt politicians and their polices through his comedic wit.

George Carlin was one of my faves too. I had a bunch of his albums when I was a teenager.

George Carlin was one of the best!!!

One time, in Vegas, I was on an elevator in a hotel and he got on, too. Very friendly ...my favorite is Jerry Seinfeld....

Carlin was definitely one of the best, I also liked Jeff Foxworthy, Robin Williams, and even Johnny Carson they all made me laugh.

I don't think I've ever had a favourite. There are so many I've enjoyed.

I don't have a favorite but I do like George Carlin. Not so much his language though. I like the routine he does talking about 'our stuff.' : )