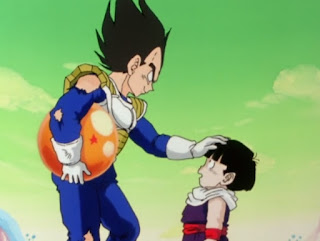 As I've mentioned before, my wife has never seen Dragon Ball Z, so I introduced her to Dragon Ball Z Kai which is like the original just without all the filler made just for the anime. It starts a little after the Namek Saga really begins. Gohan and Krillin are in a pickel because they have to get the Dragon Balls from not only Vegeta but Frieza as well. 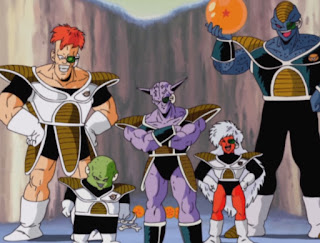 But Vegeta allies with the Earthlings and takes on the terrible Ginyu force. I always thought Recoome's fight felt like Nappa part deux. 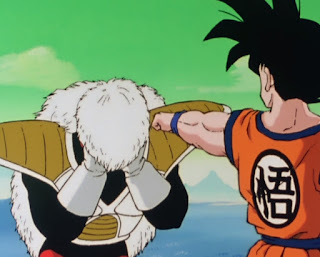 It was really cool to see Goku so strong and makes the Ginyu force seems like weaklings in comparison. 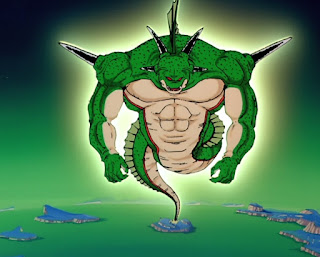 I also thought it was ironic that everyone thought Namek's dragon would be named "Shenron" too. Porunga says "wrong!". 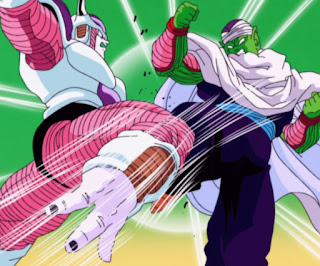 I remember the Freiza fights being far more interesting back in the day. He had too many forms and makes you wonder why he stayed in the first form to begin with. 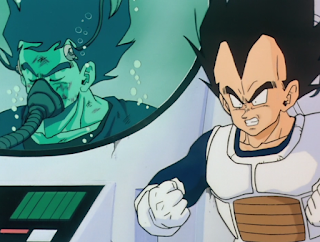 I also remember it being painful on how long it took for Goku to heal after the Captain Ginyu fight to finally take on the universe's cold emperor. I also thought it was hilarious that Vegeta wanted to take a nap with Dragon Balls waiting to be awakened and his most dangerous foe being able to find them at a moment's notice. 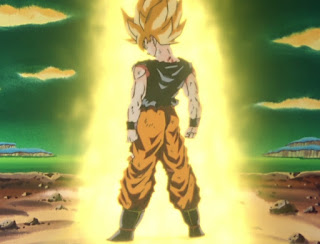 While the whole Super Saiyan thing doesn't feel as important when every living Saiyan gets the power, I do remember how awesome it was to see Goku transform for the first time. 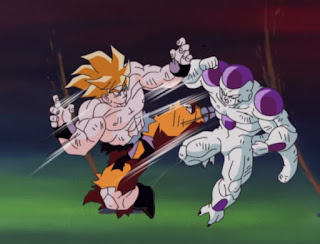 Even without the filler from the anime, the whole five minutes until Namek explodes thing took several episodes. Maybe someone on Namek could have wished for a watch.
Posted by Adam at 12:00 PM

Thanks for the intro

This is totally outside my experience. I grew up on Micky Mouse, the Road Runner, and Yogi Bear. Maybe I'm becoming a fossil! LOL