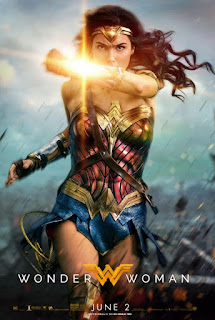 Marvel vs. DC is a war that may never die in the hearts of comic book fans. To be honest, I've always favored Marvel, but I still like the superheroes from DC. It's rather funny how it took a LONG TIME for a Wonder Woman movie to emerge after many Superman and Batman films. As the new Wonder Woman was getting closer to release, people commented that no comic book movie with a female-lead has ever been successful. The movies Catwoman, Elektra, and Supergirl were neither hits with critics or at the box office. However to be fair, all the movies were poorly made spin-offs, Wonder Woman is highly respected in the comic book world and certainly not a spin-off character. Granted I wouldn't call myself the world's biggest Wonder Woman fan, but she is everything I would like to see in female characters as she's beautiful, diverse, independent, and strong. My wife and I saw Wonder Woman yesterday, which is impressive since we opted to skip over Guardians of the Galaxy 2 as we heard how awesome the movie was doing with critics and fans alike. Did it meet the hype? 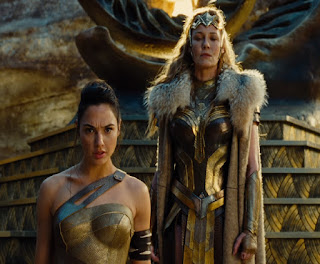 Wonder Woman begins with the early life of Diana of the Amazons. Her mother Hippolyta is the Queen of her people and Diana is the youngest by far of all the Amazons. As a child, her mother said she was not fit to fight, but her aunt Antiope (who is also her sister's top general) secretly trains the girl on how to fight to defend herself. One day an American soldier working technically under the British named Steve Trevor crashes nearby the island and Diana saves him from drowning. However German soldiers are quickly after him and they end up having a brutal battle with the Amazons on the beach. Even though the Amazons could be super-heroes in "man's world" they have many deaths against the modern weapons of the Kaiser's Germany. Queen Hippolyta is bitter on the choice about letting Steve Trevor go or stay. However Princess Diana is very fond of Steve Trevor and is convinced that all this war is caused by the God of War Ares who has been missing for thousands of years. 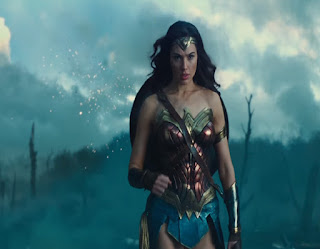 Diana and Steve Trevor arrive in England where Wonder Woman doesn't quite fit in. She really doesn't take kindly to the misogynistic society especially among the military. Steve Trevor is told by his superiors that he should take no further action in his duties. But both Diana and Steve know that General Erich Ludendorff and his chemist Isabel Maru have developed a chemical weapon that can even destroy a gas-mask. At this point in the war, Germany hasn't almost no choice but to surrender. But Erich Ludendorff hopes to show the Kaiser the new weapon so they war can be won instead of lost. Diana and Steve vow to stop him from doing so. 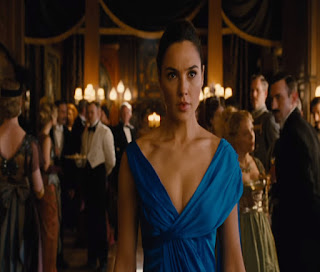 Overall Wonder Woman about met the hype with me. Unlike the rest of the new DC movie universe, there is a lot of character development instead of mindless action. Gal Gadot really does prove here (though I did like her a lot in Batman vs. Superman) that she was the right choice for the iconic Wonder Woman.  I'd say the film's weakness might be its action scenes as they water-down the carnage to not offend the youngest watching (or their parents) and Wonder Woman's powers don't seem to be very balanced at times. I also didn't really think the villain was the greatest in the world either.  But honestly I can't complain too hard, I did think it's one of the best films I've seen all this year but in terms of super-hero movies I did like Logan a bit more.

I am itching to see this one. Now that the girls are out of school, I can probably find the time to see it soon. It's getting great reviews!

I can hardly wait to see this! Nice to read your good review of it!

Can't wait to see it, thanks for the review!

Oh, can't wait to see it! It make me curious! (is that the correct English word, I forgot!)

Hope to see it this weekend.

So dying to see this movie....DYING!
PS Unfortunately, didn't like Logan too much though although I loved the last part of the movie.

Definitely will see this!

I'm going to see this at some point.