Fact of the Day: Furman vs Georgia 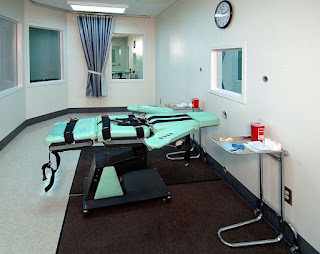 In 1972 the Supreme Court decided on the case of Furman v. Georgia which decided that capital punishment was unconstitutional in its current forms. The ruling didn't last forever as states made changes to satisfy the Eight Amendment. The United States is the only Western nation to still enforce the death penalty.
Posted by Adam at 12:00 AM

I knew they were the only ones to enforce it. Figures it changed a bit just to get it in.

Gendry meeting Theon would be a great idea! I've often wondered what happened to him, and that would be a great twist. I honestly think he'll play a major role in the end, but who knows? So freaking frustrated that GRRM has not been forthcoming with the release of the next book....waaaaaaah!

Yeah, and it's just crazy!!

I didn't know this. Interesting.

can't keep this up..no matter the crime..killing is not the answer.

I am utterly opposed to the death penalty.