Fact of the Day: Hispanic 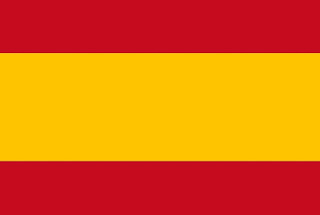 While most people who are considered Hispanic are also considered Latino, there is a difference. Depending on who you ask, Hispanic includes people from countries that speak Spanish or from countries that were once owned by Spain. The notable exception in the Americas is Brazil which was conquered by Portugal and Portuguese is the dominant language there. The name comes from Hispania which was a Roman-controlled group of provinces that covered all of modern day Spain and Portugal.
Posted by Adam at 12:00 AM

Email ThisBlogThis!Share to TwitterShare to FacebookShare to Pinterest
Labels: Brazil, fact of the day, Mexico, Spain

Good tidbit:)
PS Whoa! Loved the premiere! That first scene with Arya was gold. I thought it would be longer though for some reason....hmmmmm....anyhoo, I thought it was a great first episode.

Bit of a difference between the two, one I sure never knew.

So many precise shades of meaning in our language.