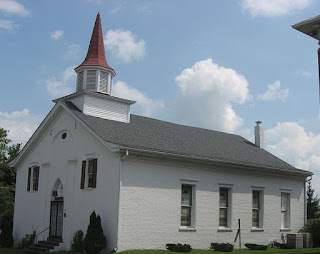 Like the name suggests, Southern Baptists were once one with Baptists in general belief. The dominant Christian denomination in the American South separated from Northern baptists over the issue of slavery. While there are exceptions, the Southern Baptist Church has generally supported the conservative cause of the times such as white supremacy during the Civil Rights Movement and anti-LGBT policies today.
Posted by Adam at 12:00 AM

Interesting how churches split, similar to the Anglican split, over certain issues.

That's religion's "love" for you

I remember the distinction between the churches when I was growing up, the church my Mom always went to was an Independent Baptist Church.

No wonder Karl Marx called religion the "opiate of the masses."

All this reminds me of that classic Emo Philips joke:

All religions has poorest of people, ah, poor people.