Question: What Do You Think of Donald Trump's Solar Panel Mexico Wall? 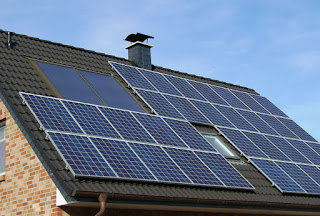 Donald Trump recently expressed the desire to put solar panels on the proposed Mexico border wall. Not as an effort to increase green energy usage, but as way to fund the wall. If the wall was already up and existed for a long time this might be a idea I could support. But despite my love for the increase usage of renewable energy methods, I cannot morally support the move as the wall stands for not security but bigoted racism. If someone said we could power a community the size of New York City from solar panels on a Nazi monument, then we will burn coal instead.

I don't think Trump's wall is ever gonna be built.

I think you're right, Adam -- good from evil does not excuse the original evil.

A wall isn't the solution. We should punish employers who knowingly hire undocumented people. Right now employers only get a slap on the wrist. If I had a family starving in Mexico I'd break any law to get them to a better life. As for solar panels--I guess this is the only instance Trump cares about renewable energy?

He means to do this wall, seems to be intent on keeping all his crazy promises.

Seems to be all talk about the wall, but stupid none the less

I can't see it happening, like Stephen said a wall is not the solution.

I suppose the only reason that "Turnip Top" has solar panels on this wretched wall of bigotry and racism is that his family has shares in the solar panels?????
I suppose you Americans have read about his "INTERESTS" in Bali with questionable Indonesian politicians of the corrupt variety???
Over the dead bodies of the 1 million plus Aussie tourists who call Bali their second home for holidays.
The latest on news here which is disgusting regarding this "thing" you have as President is him wrestling someone at one of his Reality Show programmes with a person with a CNN hat on!!!
Pathetic............Lets see how Turnip Top goes with Vlad of Russia in Germany at the G20 this coming week. I put my money on Vladimir Putin.
Watch the disruption by protesters in the Germany city so unfortunate to be the host city.............Aaaaaaaaaaaaaaah! Yuck.
Colin
PS: Adam, where are you Texan matrons when you put these items up?
Down a prairie dog hole????

Goodness...aren't you supposedly a so called novelist?
Colin

I really don't see how solar panels would work. They have to face upwards toward the sun. Maybe windmills? That's what he's gone in his brain.

I don't think any wall will ever go up.

Americans tend to see the world through only their feelings. 65 countries have walls on their borders...including Mexico. Is that being racist? Or protective. Americans like to politicise EVERYTHING and can't seem to research anything on their own, but rather be spoon fed by media. EH! Illegal border crossings is already down 50% without the wall. Hmm?

I'm against the wall. I see no need for the wall. I find it deliciously ironic that Trump is all of a sudden in favor of alternative energy when it aids his political objectives.