Question: What Should Be Done to Charlie Gard? 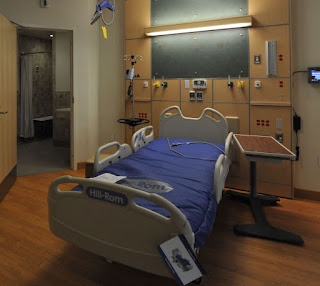 A popular news-story that has hit international waves has been the case of the British baby Charlie Gard who suffers from the extremely rare genetic disease called Mitochondrial DNA depletion syndrome. This one has been highly controversial as both sides of the argument have valid points.  His parents want him moved to the United States for treatment that will only prolong his life, there is no cure for his condition. Charlie is blind, deaf, can only breath on life support, and can't even cry. While I can sympathize with his parents as no parent would want their child to perish, I do agree with his British doctors that Charlie should die with dignity.

I faced a similar (but not as nearly as intense of course) situation with my dog Zelda last year. I had her for well over a decade and we got news that in time she would have a condition that would cause her intense pain. I was in denial and had hope for awhile, then lived with weeks of depression, but when the time ticked close to her doom, I did the right thing and put her to sleep. While some believe his parents should have the right to do whatever, but what about Charlie's rights? This is just me saying this personally, but if I were to magically have been cursed with all his symptoms with no cure at all tomorrow, I would hope that my wife Daisy would have the courage to end my suffering.

I'm with you Adam. I'd like for my husband to pull the plug on me if I were in this situation. As a parent though, I can understand their want to prolong his life. For me, it would be such a difficult decision to make. Sad situation, all the way around.

Tough question, Adam! Terry and I had to confront these difficult issues recently with our lawyer. I want to live fully as long as I can, and I fervently hope that I go quickly. If I had no hope of survival and I were comatose, I wouldn't want to be kept alive by machines. However, I don't want to be "helped along" prematurely because I'm old, frail, and inconvenient. Sometimes it's difficult to predict in advance how you might react in a given situation.

As for Charlie Gard, it's a horrific situation for any parent to be in. I can't imagine what his parents are going through. I try not to judge people in impossible situations as they struggle with grief and loss. I just pray that they are getting emotional and spiritual support as they deal with their dying baby.

Going through that for any parent would be awful. But if my body crapped out like that with no hope, pull the plug.

I find it odd that Trump has invited this child and his parents to come to the US for experimental treatment when Trumpcare or any of the Republican substitutes for Obamacare wouldn't cover this child's pre-existing conditions.

Given that this matter concerns the state, which would be funding continued medical treatment through the National Health system, I believe it should be referred to the British Supreme Court as to whether medical treatment should be continued or discontinued. I suspect their decision would be the latter and that he would then die a perfectly natural death.

I agree with you.

I do agree with you. I see now reason to prolong the suffering of this child when he'll have no quality of life. That was what I always had to think about with my pets before putting them to sleep. If they had a good quality of life then I would do what I had to in order to help them live longer but once they stopped enjoying life or they were in pain, it was time to let them go. I think these parents are just thinking of themselves, not what their child might go through.

There must be hope for him with a new treatment otherwise it would be financially and heartbreakingly too much. I don't know enough of what medical treatment is available for Charle.

This is a terrible, extremely emotional position for the parents to be in. As a parent, I cannot judge them as they try to deal with their grief. I don't know enough about this story to see where I stand. I'll take some time to read about it to better inform myself.

I feel so very badly for the parents, but I think the British courts had the difficult decision to do what they felt was best for Charlie.