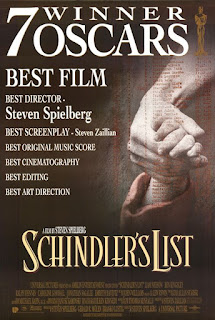 Schindler's List is a movie I've heard about for years but I just never saw. Mainly because I didn't really know the story very well except it being based on World War II. The film focuses more on the Polish side of the Holocaust and it's based on the real-life story of a man named Oskar Schindler. Besides Steven Spielberg, the notable big-names include Liam Neeson, Ralph Fiennes, and Ben Kingsley. Both Liam Neeson and Ralph Fiennes were nominated for their roles in the film, but eventually lost though the film won the Oscar for Best Picture for the year of 1993. So did it meet the hype and does it stay solid almost three decades later? 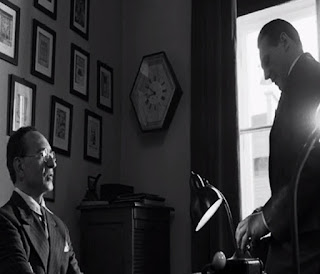 The film begins shortly after Nazi Germany takes over Poland. The Jewish residents have been through the first wave of oppressive policies. First they have to leave their homes and enter awful ghettos. A German businessman named Oskar Schindler strikes a deal with the local Jewish community. If they supply the capital for a new factory, Oskar will give them actual goods to trade as paper bills will mean nothing in a closed community. They agree, and Oskar starts his factory which makes cookware for the German army. He employs mostly Jewish workers, and the lucky few who work in his factory are fairly safe from the back-breaking labor imposed on others by the German military. Even in the less extreme cycles of oppression, those deemed "unfit for work" are quickly dealt with by German high command. 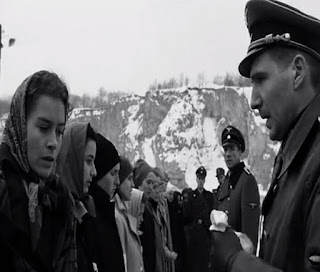 However when German policies get rougher, things look more grim for the Jewish community even those who are deemed to be Schindler's. German leadership has the ultimate say, and as Schindler starts to care for and protect his people, he'll have to get on the good side of German commanders to make sure he can save as many people as possible. One such person is Amon Goth, a high-ranking German officer who is sadistic and cruel. He has almost no tolerance for any Jewish person who dares to even annoy him, and he even executes people at random. With a long war, and a lot of obstacles, it will be a uphill battle for Schindler. 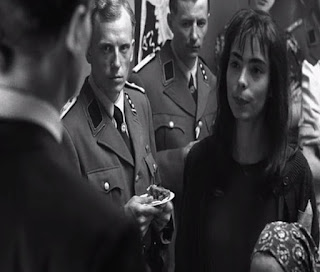 Schindler's List is over three hours long which is pretty crazy for almost any movie, but I loved it and it could have lasted longer. Through an ancestry DNA test, I learned that I had a small amount of Jewish ancestry and this is the first Holocaust movie I've seen since learning of my Jewish heritage and it certainly makes me more emotional as while I don't descend from a Holocaust victim nor a survivor, all of these folks are my distant cousins. I'm surprised  that both Neeson and Fiennes lost their Oscars here, especially Fiennes. If you think Lord Voldermort was bad, Amon Goth can make most villains look decent in morality, and the scary thing was that he was a real actual guy.

I've never seen the movie. I've heard it's a good one though.

I haven't seen it either but your review was really well done.

A movie that all people should see and Amon Goth was the "devil incarnate" and was hung at the site of his beastial crimes.
A MOST SEE movie for all to see.
Well reviewed Adam and I SUGGEST you buy the DVD.
Cheers
Colin

PS: Hope you Yanks enjoyed watching Turnip Top completely "out of his depths or more like a fish out of water" at the "G19 + 1" meeting in Hamburg.
I believe there is a record of some incident made by a prominent Australian Journalist on Trump at the meeting. It has gone world wide virol but seems FOX news in the USA is not showing it??????????????????????
Thankfully some decent Republicans have!

Adam
Hope you enjoy the link with the video of the above.
Please don't fall off your newly painted chair with laughter and embarrassment at the presence of Turnip Top in Hamburg!

It took me a long time to see this movie because I have to be in a certain mood to be able to watch a Holocaust film. They can be very upsetting. But this was an excellent one, if disturbing as always.

I great movie. I've seen it a few times.

We watched this in our 11th grade history class. My husband hasn't seen it yet, so I have it saved to my dvr for when we have 3 hours to kill. It's truly a must see for all.