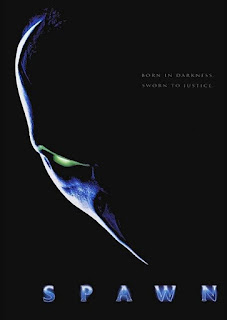 When I was about nine, I remember Spawn when it came out in the theaters. I was too young to see it but I do strangely remember the movie poster in the theater lobby very well. After my father's death, my mom got us into some kind of charity program where we got to see movies with groups of other kids of a similar situation and I remember a few of them talking about Spawn. The character Spawn is a comic book super-hero who is not part of DC or Marvel but rather in the independent branch under the umbrella of Image Comics. I hear its creator Todd McFarlane had some hand in helping the film come to life. But 2000's X-Men is considered the start of the true age of comic book movies, so was this a failure? 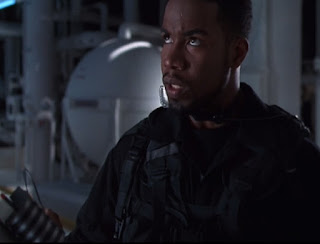 The story begins with the government assassin Al Simmons on missions. Al Simmons is a good man at heart, and only does "evil" things for what he believes is the greater good like national security. His boss Jason Wynn is so high up that he probably only answers to the President of the United States. He sends Simmons on a mission to Asia where he finds out that things are quite like he expected. Wynn for reasons not-so-clear has Simmons killed. When Simmons dies he left behind his wife Wanda and their daughter Cyan. 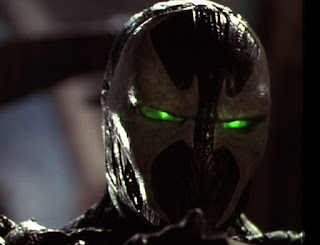 Simmons wakes up five years later but not as a human but a demon like creature. He is given the new name Spawn and he has super-strength, better stamina, and super-powers. While he suffers from mild amnesia, Simmons went to hell and struck a deal to lead hell's army in exchange for getting to see his wife Wanda again. However Simmons soon realizes that a demon is not a thing Wanda needs in her life. However when Spawn finds out that Jason Wynn is still alive, he takes up his own cause than hell's. 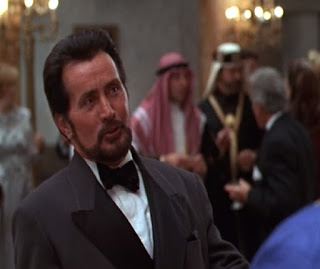 Overall I thought Spawn was okay but I can see why it failed with critics. I have a softer spot for comic book movies even though I never read Spawn or seen anything with Spawn in it before this. I'm surprised Todd McFarlane let this film exist as things aren't up to par. Spawn is kind of weak, he cares far more for his wife than his daughter (which I find odd), Martin Sheen (Jason Wynn) is really cheesy, and the Violator (John Leguizamo) is a rather stupid villain and comes off really creepy. McFarlane has been thinking about making a new Spawn movie for like forever now, but I guess he might be afraid it would end up like this one.

I think I saw it, but I can't recall much.

Didn't see it. That movie poster would have sent me running. My imagination is too intense. The movie has an interesting premise, but it sounds like it fell well short of its vision.