Story: Adam Adam and The Yard 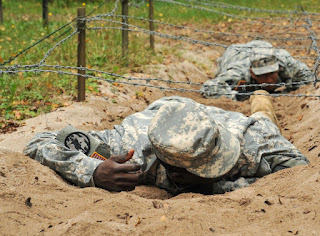 When I was in middle school, I was best friends with another guy named Adam. One day I rode the bus stop to his house as we had already planned it with parental approval to hang out at his house. Well for some reason, his stop was apparently a good walk from his house. He says "lets just jump over the fence and cut through the neighbors yard" which was across the street from his house and he made it clear that we weren't suppose to do it. I'm not a lazy person and I tried to convince him to walk the extra steps. But he made the jump and I was dumbly obligated to follow especially considering I didn't know how to get to his house from where we were. So we crawled on our bellies like I imagined they did in the army with our backpacks on. I was usually pretty scared when it came to "getting into trouble" but I thought we did a good job and we were almost in the clear. 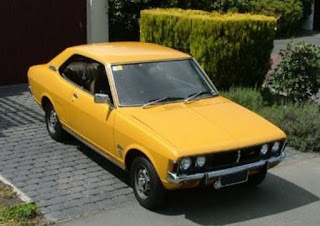 As soon as we got at the gate, the dude who owned the house literally pulls in the driveway. Busted, we both independently (and without a word) run as fast as we could to his house. I thought we were off free, but then Adam tells me like a day or two later that his neighbor had a "talk" with his dad. Far as I know my mom never knew, but to be fair it was Adam's fault for the whole thing.
Posted by Adam at 12:00 PM

Oh yes it's funny how the neighbors always know the parents. I'm surprised that your mom didn't get a call, maybe she did and let you slide.

The things we did when we were younger!

LOL ~ I'm sure most kids sweat through this sort of misadventure. I got caught stealing cherries once. My brother and I climbed up a cherry tree belonging to Farmer Tatum on the property behind my grandmother's land. We were gorging on cherries, when we spied him coming along on his tractor. Roy split and ran for safety, but I was scared of heights and couldn't get out of the cherry tree. Farmer Tatum had to rescue me from his tree. Oh the ignominy! LOL He never told my grandmother or parents, and I never stole his cherries again! How can you not love kids and their antics!

I can still hear my brother laughing at me!

haha it's a funny story now!

My brother did that with a friend and they both got bit *not bad* by the little dog the people had.

hahaha. Cute story. I understand a bit more now how someone might follow another off a cliff. That looks like Dodge Colt in the driveway. That's what I drove when I was a young thing millions of years ago. I thought she had a magical bubble around her, which saved me during crazy adventures like yours.

Some of the things my friend talked me in to doing when I was younger, I certainly wouldn't do at this age.

If kids can, they will cut across a neighbour's yard. It would feel fun To feel like one might be breaking some law by doing this. I bet your mom knew. Most moms know what is going on.

After 10+ years of being the only Mitchell I knew, my family moved from the suburbs to the city. In my 5th grade class were three Mitchells. One was a pathological liar (not me) and the other (also not me) was the son of a NYC cop. I steered clear of them both ... and their neighbors. So glad I wasn't led into a life of degradation like you were!

The things we did when we were younger!

Kids do these kinds of silly things!

It's funny now to think back to all the crazy shenanigans our friends got us into when we were kids!