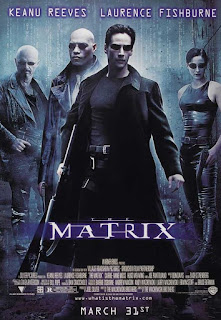 Now I wasn't living under a rock between 1999 and the early 2000's, I was fully aware of The Matrix and how many people were talking about it. I can't say why it took me almost twenty years to see the darn thing. I guess it was people calling this thing the greatest thing ever made when it didn't look like the greatest thing ever made to me. It certainly was culturally relevant, but I did hear a lot of people didn't like the sequels. I actually remember a video game called Enter the Matrix which was made to "connect the movies" and it was one of the worst games of that console generation. So what did I think of this "classic"? 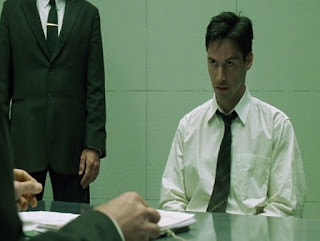 At the start, we get to know Thomas A. Anderson who is known in certain circles of computer nerds as "Neo". Mr. Anderson however might be a kind and gentle person, but what he does in his spare time has landed him in hot water. Government agents interrogate him and show them how much evidence they have against him. However they seem quick to forgive, as they need Mr. Anderson's help in finding a rebel mastermind named Morpheus. If Mr. Anderson can give them what they want, he can go back to his regular boring life. 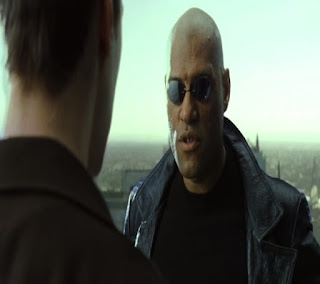 However Thomas Anderson choose to be Neo instead, and Morpheus is fully-aware that Neo exists. He informs Neo that the world he lives in, is only partly real. A rather impressive force of artificial intelligence combines reality with fiction, and Morpheus opens Neo's eyes on what is really happening in the world. Humans are just pawns in a digital game with no purpose, and Morpheus believes Neo is "The One". If the prediction about Neo is correct, then he may be the only hope for mankind. 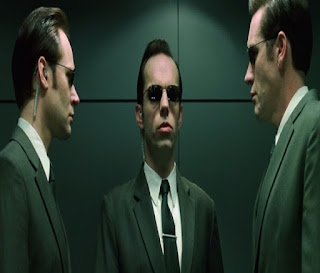 When all was said and done, I liked The Matrix but I didn't love it. Back in 1999 the special effects amazed audiences however by 2017 they're not really cool at all. I've seen "bullet-time" in other things (though they were one of the first) and the martial arts in The Matrix seems about a "real" as the world they live in. Also the movie often makes almost no sense, and I hate stories with countless plot holes. Given that most people liked the sequels far less, I guess I'm pessimistic about seeing the whole trilogy, but I do plan on it.

The classic fight scene between Neo and Agent Smith is one of my favourite special FX scenes EVER! It may be ho-hum now but back in the day, it was revolutionary! I've never seen the sequels. I don't want to sully the original in my mind.

I really like this movie and have seen it several times.

I remember being blown away by this movie. I questioned everything I saw and experienced for days afterwards.

I remember watching this for the first time in a hotel room in Montana. (i live in Alberta) I liked it but had to watch it again to fully appreciate it.

I really enjoyed this movie back in the day. I agree with your B label, Adam.