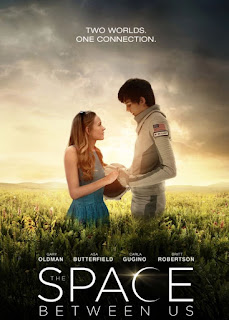 My wife and I saw the trailer for The Space Between Us about half a year ago in the theater while waiting for another movie to start. After the movie was done, she went up to me and mentioned The Space Between Us and said she wanted to see it in theaters too. I was intrigued for sure, but not enough to see it in theaters. Luckily my wife Daisy forgot and we kind of both forgot about it. I finally got around to watching it and before popping it in the Blu-Ray player I didn't know if it had tanked with critics or not. I was optimistic as one of the stars of the film is Gary Oldman who usually has more good movies than bad. I also remember Asa Buttefield from Hugo, Ender's Game, and Miss Peregrine's Home for Peculiar Children. 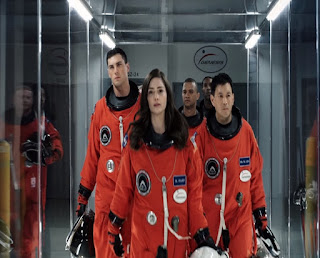 The movie is set just a little bit in the future. A new NASA project has a team of astronauts not only go visit Mars, but they actually plan to live there hopefully permanently. The mastermind is Nathaniel Shepherd who is the CEO of a company called Genesis that worked with NASA to make this dream possible. Shepard doesn't go to Mars like he wished as a child, but the team of astronauts include Sarah Elliot. The bright astronaut is pregnant right before the trip begins, and thus she is forced to give birth out of the Earth's sphere when the time comes. Sadly she dies shortly afterwards due to eclampsia. However her baby survives, the infant is a boy whom is named Gardner Elliot. Shortly after her death comes the big question. 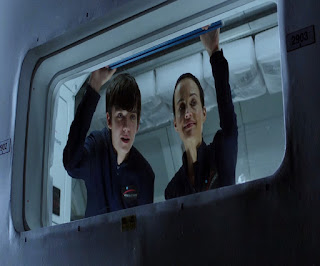 Shepard ponders whether or not to send Gardner back home to Earth or let him try to survive on Mars. Being born outside of the Earth's gravity appears to have changed his biology where he might not surive the journey back home especially as a baby. They let the lad grow up on Mars, and while the settlement on Mars is nice, it's not like being on the Earth. Luckily for him, he does have access to the internet, which he uses to strike up a romance with a orphan named Tulsa. She has no idea that Gardner is from Mars, and he tries to keep it hidden. However when he finds a way to get to Earth, he sets out to find her and see if he can make it on the blue marble or not. 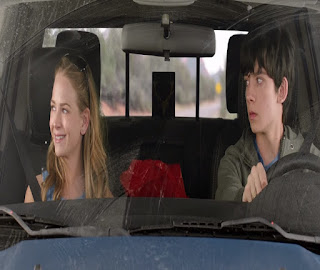 Overall I thought The Space Between Us was mediocre. I think my wife Daisy liked it. but she's not a tough critic. I'm pretty big into science, and while I can forgive sci-fi, this one tries the more realistic route and fails miserably in the logic. The acting is also very imbalanced with some moments have some power, while others are a mess. Even Gary Oldman isn't very good in this movie, and might be one of his worst roles ever. The whole romance between Gardner and Tulsa also seems really forced and artificial. It picks up at the end, but the majority of the movie is just a boring story that mixes romance with space exploration. It's certainly not the bottom of the barrel, but it could of been more than what it turned out.

I heard about this movie but I didn't see !

Thanks for reviewing, Adam

I'll probably stay away from this one.

Another movie premise I like, but I'm sorry to hear that it didn't pan out. I enjoy your reviews, Adam. I'll give this one a pass.

Movie, not the review!