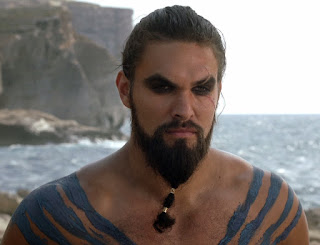 Many fans of Game of Thrones remember ol' Khal Drogo very well. He might of only lasted one season, but like Ned Stark he was not ever truly forgotten. 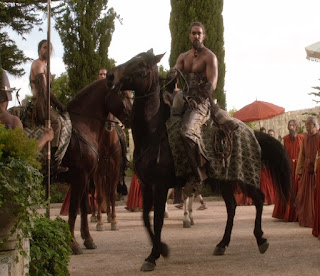 He's basically the King of the Dothraki people, except the Dothraki aren't totally unified so some follow other Khals. However his group is so large than not many would dare challenge him. Viserys Targaryen wanted to use his army to crush King Robert Baratheon and take back the Iron Throne. The only way to gain political alliances is either marriage or gold, and marriage was the key here. 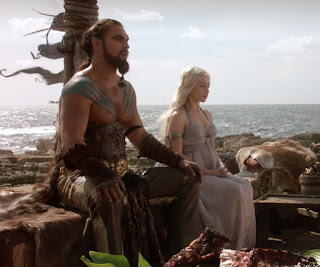 You feel bad for Daenerys Targaryen at first as she's certainly not one for the culture of the Dothraki and her husband appears to not know her own language. He also seems to treat her like property at first, but I hear this is more of a show thing. He apparently was a much better husband from the start in the books. 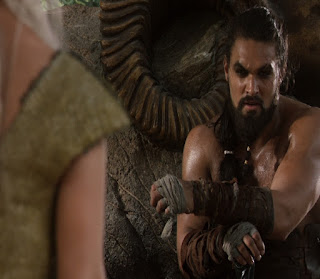 But it doesn't take long for the Khal and the Khaleesi to be in love. Someone pointed out that Khal Drogo does things that are almost or in ways worse than villains like Joffrey Baratheon and Ramsay Bolton but at least Dany was a good counter in bringing moderation to his savage nature. 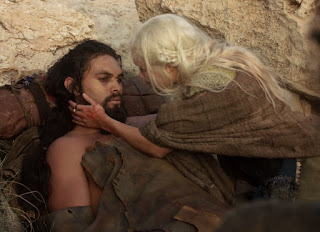 However he soon gets a wound and is tricked by an evil witch to make it worse. He ends up as a vegetable and his son comes out a literal monster that never lived more than a day thanks to dark magic. You almost forget it was technically Dany that killed him in an act of mercy. Such a shame to be honest. 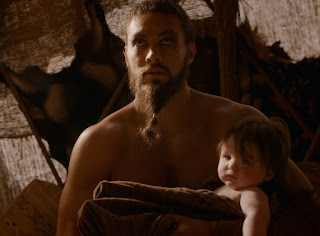 You see later in a vision of what it would be like if Khal Drogo and his son Rhaego had lived. Would of been a much different story for Essos and Westeros. Rheago was predicted to have been a warlord even greater than Drogo, and would have crushed nations and free cities alike. That's the reason the witch made sure to end his existence before it really began.
Posted by Adam at 12:00 PM

Yeah, I liked his character!

Khal Drogo was a fave character of mine too!

There's a famous stone arch in the background during the wedding scene. I believe it was shot on Rhodes, and that stone arch recently collapsed.

This was one of my favourite characters! I'm still upset that he was bumped off!

One cannot ever forget the Khal. I still kinda wish he would make an appearance on the show again somehow...sigh...

I came to like Khal Drogo, especially when he crowned Viserys Targaryen. I so love poetic justice, karma, whatever you want to call it. Daenerys is one of the most fascinating characters in GOT. I can't wait to see how this all plays out. Ramsay Bolton is the most despicable.