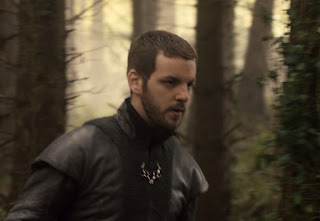 Renly Baratheon is the youngest of both of King Robert's brothers. He is Master of Laws on Robert's Small Council. What most fans of the TV series don't know is that Renly is much younger than both Robert and Stannis and due to Stannis' failure of capturing the young Targaryen heirs, Renly is made Lord of the Stormlands instead of Stannis. Stannis got Dragonstone, but he never wanted it. In the books it's made clear that Renly is the great-grandson of Aegon V (through his paternal grandmother) which gives him a right to the throne just as Robert though the Baratheon really got the throne through conquest. However being the youngest brother, he is still behind Stannis even with Cersei's children discounted. 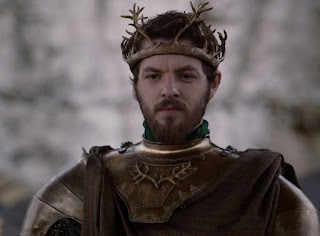 Despite the open-secret of being the lover of Loras Tyrell, Renly is a popular person in the Seven Kingdoms. He uses this to declare himself king instead of the less popular Stannis. Funny enough Stannis had made it clear he really didn't want the throne, but had to out of right and he certainly couldn't let his little brother keep it. 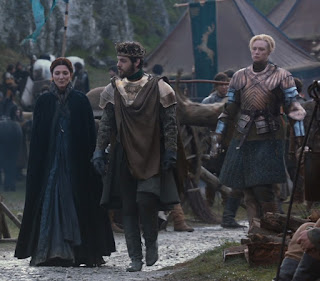 In ways different than Eddard Stark, Renly was not a good politician. While he easily made peace with the Starks (due to Robb declaring himself King of the North), that might of been his only wise move as a ruler. He had the men to storm King's Landing and take it, but played games instead and took no action. He also seemed to be less than able to produce an heir with his new wife Margaery Tyrell. 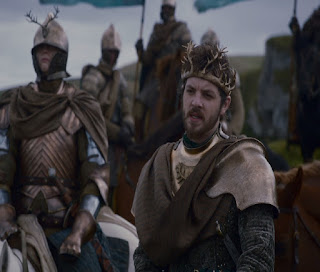 Which gave Stannis the chance to confront Renly in the Stormlands. The young King in the South was too confident in his ability to crush Stannis. What he should of done was declare Stannis king before getting carried away after the death of Eddard Stark. He would probably had became King if Stannis had been successful and with the forces of Tyrell and the Stormlands he might as had been. Cause even if Stannis reigned for many years, Renly would most likely had outlived him. 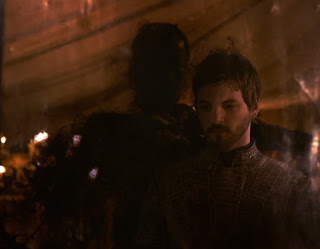 But nope, assassinated by a shadow thing from the Red Woman. Despite his flaws and everything, I still liked the character.
Posted by Adam at 12:00 PM

Thanks Adam. Am FASinated by GOT

I watched a few episodes of this show when HBO was free for the weekend. I found it kinda boring so I won't be ordering HBO to watch more.

I liked Renly, too, and thought he was dispatched way too soon.
My favorite character was Ned Stark, though, and we know how that turned out.

it keeps me hooked every week.

I watched a few episodes of this show when HBO was free for the weekend.

I was saddened by his untimely departure.

So many people have come and gone on this show.

I liked Renly, too, Adam! One of the fascinating things about GOT is that powerful and important characters can die out of nowhere. The actual beheading of Eddard Stark was stunning! I kept expecting him to survive right down to the moment he died. It threw down the glove for the rest of the series.