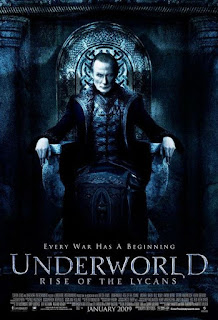 Not that long ago I started the Underworld film series which began in the early 2000's. The story and action wasn't the greatest, but I really liked Kate Beckinsale and her vampire character Selene. However Kate Beckinsale isn't really in this prequel movie (besides narrating) as the story takes place before her life/transformation or something like that. Instead it goes into the depths of how the war between vampires and lycans (werewolves) really began. 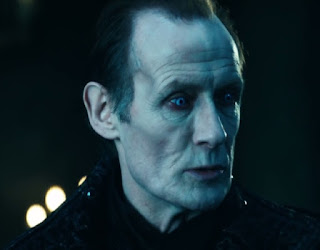 The story begins as Viktor is the main vampire with power. Viktor is rather conservative in style as he has very little sympathy for anyone who crosses the line, and has very little toleration for non-vampires including humans and werewolves. Viktor works with humans at times, but werewolves are his main foe. However he finds a baby werewolf that can maintain his human form, and they dub his "race" Lycan as he is the first. He is eventually named Lucian and he is more or less adopted by Viktor in a surprising move by the grim vampire lord. 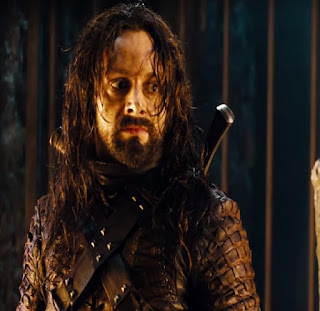 When Lucian grows up however, he is considered a 2nd class citizen in the vampire world. Viktor makes him wear a device that prevents him from transforming. Lucian is still a powerful warrior in human world as he's capable of killing werewolves with vampire-made weapons.  Lucian manages to save Viktor's beautiful daughter Sonja on more than one occasion, but when Lucian breaks vampire rules to do so, he is ironically punished and this creates a tension between the Lycan and his vampire lord. 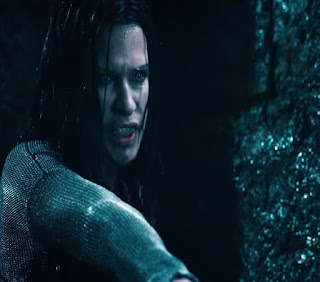 Overall I thought Underworld: Rise of the Lycans was a rather boring film. It doesn't really tell us anything new at all as the prequel's story is more or less told in the previous two films. The action scenes aren't really good either as you never really fear for any of the major characters as if you've watched the first two films, you should very well remember all their fates. While the first two Underworld movies weren't the greatest, this is the first in the series for me that I can say I didn't like at all.

ummmmm... I scare easy. This wouldn't work for me.

Permission to pass granted by your review. Thanks!