Fact of the Day: Cuckoo's Nest 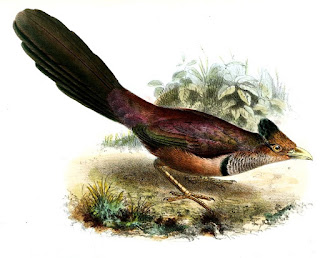 Some cuckoo species will lay their eggs in the nest of other birds which many times has the mother bird feed the infant-bird as its own baby, sometimes at a great disadvantage to its real children. Some birds notice this and try to fight against the plans of the cuckoos. However they sometimes will re-counter this move, as they will destroy a nest if a cuckoo egg is rejected.
Posted by Adam at 12:00 AM

My goodness - had no idea all this happened in those nests we see, and it sounds potentially tragic. Hugs...RO

They are sure a douche of a bird

Well that is pretty sorry of the cuckoo bird. I believe the cowbirds do the same thing?

Yup they are devious birds

I really do dislike parasitic birds because of this. Yes, cowbirds do the same thing.

Nature can be cruel, and fairness doesn't exist in nature.

Survival of the fittest!

I had heard that they did this.