Fact of the Day: Scott DesJarlais 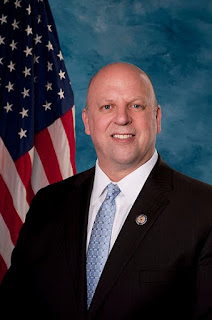 During the 2010 congressional elections, many new (Tea Party) Republicans were elected, one of them being Scott DesJarlais. Despite running on "family-values" and having a "pro-life" stance, DesJarlai was revealed to had many affairs with co-workers and patients during his career as a doctor (which is against the law), and he had pressured a mistress to get an abortion and his ex-wife had two abortions before. Despite all the scandals, voters in Tennessee's 4th district keep sending him back to Congress.
Posted by Adam at 12:00 AM

Email ThisBlogThis!Share to TwitterShare to FacebookShare to Pinterest
Labels: fact of the day, republican, Tennessee

Guess they like that he can't keep it in his pants

This is terrible, disgusting.

What the heck? Why?

Hard to understand why people would vote for people like this. But then they voted for Trump so all I can do is shake my head.

Well he is from the "hill billy state of Tennessee" what would you expect. I doubt if you could find a brain cell in that state.
KKK's and bigots galore. Probably 1/2 the right wing crowd at Charlottesville, Va. for that rally which Turnip Top couldn't at first commend correctly until pressurised by his own party were far right and KKK members from Tennessee!

Then we learn of that phone call to beat all phone calls of madness telling the Governor of Guam that all this publicity on the North Korean missile shots will create tourism!!! Holy shit, what next?
I wonder does Turnip Top know where Guam is and the history of that area!
I've visited Guam........it is typhoon prone, it is not paradise in any way.I know I arrived 24 hours after a typhoon hit......the mess was unbelievable and then I wasn't able to get out. What a holiday!
My advice avoid Guam..........oh yes for the wizard of geography, Ms S.Cox........Guam time is one day ahead of your damn Springfield. The International date line gets in the way - ha ha!
Colin

I run from anyone spouting "family values" and "pro-life stances." Usually they're the biggest hypocrites of all. I'd like to see them roast on the hottest coals in the hell I don't believe in. A friend of mine was molested by her doctor. It took a long time for her to get over that.