Fact of the Day: Southern Unionist 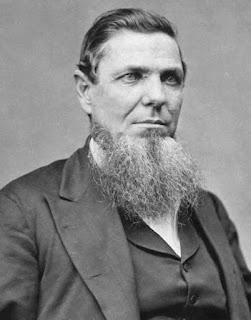 In the American South during the Civil War, there were many of those from the South who opposed the Confederacy by either refusing to join the rebel army or they went and joined the union army. There were many reasons for one to be a southern unionist. Some felt loyal to abolitionist politics and opposed slavery. Some were loyal to their country and thought of attacking it was cowardly and unmanly.
Posted by Adam at 12:00 AM

Email ThisBlogThis!Share to TwitterShare to FacebookShare to Pinterest
Labels: civil war, fact of the day

That is fair enough but it must have been quite an emotional struggle either way.
Colin

I'm sure that was a difficult choice.

I think Mitchell is right. The world has always had terrible times, and many people have been challenged with consequential decisions.

This is a sad detail despite the fact that it might be true. Thank you, however, for stopping by my blog and leaving me a kind comment!

Lincoln's vice-president, Andrew Johnson, was a southerner who sided with the Union.

Sure a difficult time all around

get over it they tell us..and yet they have never forgot the civil war.

What a tough position to be in.