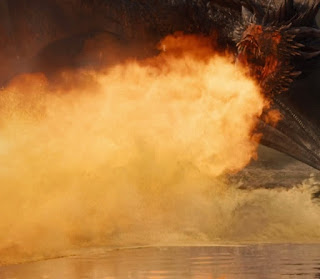 As many of you know, I am a huge fan of HBO's Game of Thrones. I didn't start the series when it premiered but I've been in-love with the story and its characters for a few years now. Season six was one of my favorite seasons ever, especially as it was a lot more gleeful at the end as many of our favorite characters were now in better shape than their fates in the fifth season. With the book Winds of Winter not even out yet, it's sailing really far into uncharted territory. While it's clear that the show isn't going to be exactly as the books, you have to assume the major points will be about the same. Will we find out who will claim the Iron Throne above all the other pretenders in the county of Westeros? 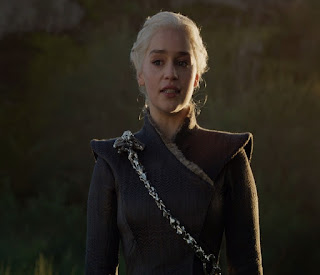 Daenerys Stormborn of the House Targaryen, First of Her Name, the Unburnt, Queen of the Andals the Rhoynar and the First Men, Khaleesi of the Great Grass Sea, Breaker of Chains, and Mother of Dragons has finally set foot in her "home" making it back to her birthplace on the island of Dragonstone. The dead Stannis Baratheon's "royal" banners are taken down, and the Dragon Queen reclaims Aegon the Conqueror's original castle as her headquarters in her quest with taking Cersei Lannister off the Iron Throne. She has three large dragons, the ships of half of the Iron Islands, the full support of Dorne, and the Tyrell army, how can she be stopped? 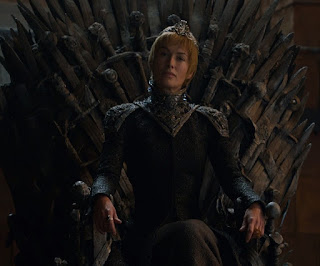 Queen Cersei Lannister has claimed the Iron Throne now and is no longer a mere Queen-consort but Queen in her own right. Breaking the glass-ceiling before Daenerys Targaryen could of, Queen Cersei has more enemies than friends. Her Lannister forces are strong but brittle in comparison to what her father Tywin Lannister had at the start of the War of the Five Kings. With almost every kingdom against her, the odds are not in her favor. Her only major ally seems to be Euron Grejoy, as the sadistic King of the Iron Islands wants revenge on his niece Yara and his nephew Theon for leaving with so many men and ships. He has built a grand new fleet, and it's quite the force to reckon with for any navy. 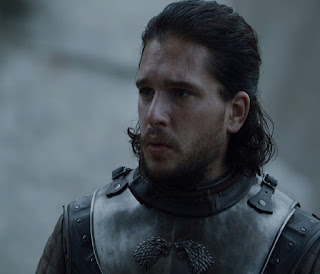 Jon Snow has been crowned King in the North by his father and brother's banner-men after the fall of House Bolton during the Battle of the Bastards.While he hasn't been legitmiazed as a Stark, turns out Jon Snow is really the son of Rhaegar Targaryen and Lyanna Stark as Bran Stark discovered in a magical vision of the past. However Jon Snow could care less about who sits upon the Iron Throne even if he is the rightful King. Jon Snow has seen the Night King, the other White Walkers, and the army of the dead. Doesn't matter if Lion Queen or the Dragon Queen rules over the seven kingdoms if they are ruling over a graveyard. 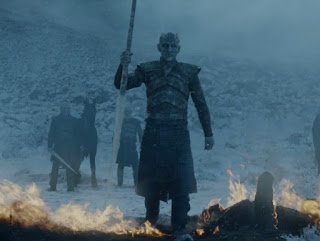 Brandon Stark returns to Winterfell but he's in no mood to claim any rights as Lord or King in the North. He is the Three-Eyed Raven now and he is fully prepared to lead the fight any way he can against the Night King. The White Walker's monarch might not be able to pass The Wall yet, but Bran and Jon fully know the consequences if that happens. While the Night King has suffered a few losses in White Walkers and wights, he still has an army of undead that could take down any single army from the world. 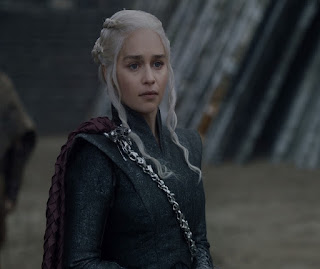 Overall, I do have my criticisms with the newest season's plot points. Some things, I can already tell won't be in the books which haven't even been written yet (shame on you George R.R. Martin) as some don't make much sense. Like the revelation of a certain someone's true first name for example. But then again, I was never bored for a minute of it even though I heard the spoilers (refused to believe them for months when I originally believed it was made-up rumors) so I kind of knew what was going to happen anyway. I really hate that we have to wait until late 2018 to see the final chapters of what I believe is the greatest story ever crafted.

"When the snows fall and the white winds blow, the lone wolf dies, but the pack survives." Ned Stark


Nicely realized re-cap, Adam! I too am enraptured by the show. VERY bothered by zombie Visarius the dragon on so many levels! Did you hear him cry: "Mama" when the Night King began his attack of the wall with blue dragon fire? I believe and hope that even dead, the dragon longs for his mother and will respond to her in battle. Perhaps even destroying the evil night king as the young dragons crisped that rude slave master when Danny obtained Grey Worm and his troops!

We are all caught up with season 7 except for the last episode. We will probably be watching it tomorrow night at the earliest. So I've been tiptoeing around the internet trying to avoid spoilers. Like that's even possible. I have an idea of some of the things that happened but I'm sure I'll still enjoy the episode. They are all pretty amazing.

I love, love, love GOT! Looking forward to seeing the consequences!

There are a few problems with the plot, but overall it's the best show on TV.

I like that theory on the above comment that Viserion will be the one destroying the Night King.:) And I believe it's now 2019....huhuhu....:(

I'm pissed there was only 7 shows in this season..and while they all rocked especially the last one..I wanted more.