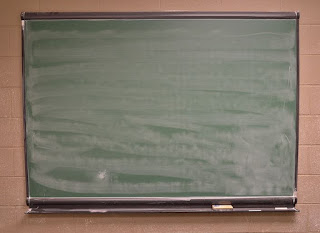 When I was in fifth grade, we had more than one teacher at Woodland Heights Elementary in Spartanburg, SC. If I remember it right, I had one teacher Mrs. Phillips for Math/Science, and Mrs. King for English/Social Studies. I liked Mrs. King for most of the year, but near the end of it is what soured my relationship which still stings to this day, mainly because I thought something she did was unfair and stupid. I remember doing some kind of class projects that day where every person was suppose to speak to the rest of the class in turn. Well the guy next to me kept saying jokes or something like that, and granted it was never about the class or students, just jokes in general. I never asked for them, but they just made me laugh. Laughter in itself I think is a pure natural reaction, and like sleeping can be controlled but at extreme moments can't really be controlled at all. She gave us a warning, but the moron next to me wouldn't stop it. So naturally I couldn't stop laughing. 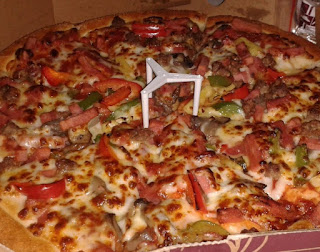 She was fed up and banished us both outside to the hallway. I could understand that as we were distractions, but I still felt like I had done nothing wrong. I honestly tried to stop laughing, but when you're that age, it's not anything you can do. Well that day happened to be the day our class was to have a pizza party from Papa Johns as we had won some kind of school contest. Mrs. King remembered that and before we went to Mrs. Phillips class to eat the pizza, she forbade me and the other guy from eating. I felt like that pizza was mine by right, and I had been looking forward to it for quite some time. 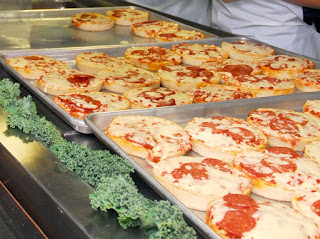 Granted we already had lunch in the cafeteria before, so I wasn't "hungry" per se. But I really wanted that pizza, and I really thought it was stupidly unfair for Mrs. King to do that to me. So once the pizzas were out, it didn't take long for my spirit to break and I started to sob really hard. Someone had to go over to Mrs. King's class to get her official pardon, which apparently did happen. That's why I always hated having an "old" teacher because they often forget in their bitterness that their students are all children.
Posted by Adam at 12:00 PM

Ohhhhhhhhhhhh the silent class clown. Always getting myself in trouble too! Your class won. Y'all should have gotten pizza! Mrs.King is definitely fit to teach kids/teens!
Aren't you glad we're the age to look back and laugh at it all?

I'm sorry. That was so unfair. Pizza days, especially earned, mean a lot to little kids.
This makes really sad:(

Mean teacher, the story's funny when you look back at it, that uncontrollable laughter...we've all been there.

The uncontrollable laughter thing is common among nurses.. But we have to hide it

Isn't it funny what events stick out from childhood/school?
You really should have been able to enjoy that pizza.

I'm glad you got your pizza, even if the situation made you cry.

If you worked for that pizza party, she shouldn't have taken it away as punishment for something else. This is why I despise school fundraisers. It always leads to hurt feelings. Children should be in school to learn, not bust their butts making money for the school only to have them turn around and take their prizes away.

These moments certainly do sting. We remember them no matter how old we get.

I'm so sorry that you went through this, Adam. Those injustices when you're young really sting and never go away. As for trying to stop laughing, well sometimes it's impossible no matter how hard you try. I've been there, most memorably up front in the choir stall during a church service. And as a teacher I certainly recognized when my kiddos were having uncontrollable giggle fits. Teachers aren't foolproof, and they don't always make the wisest choice. I'm betting Mrs. King would feel awful to realize that you have such a painful memory. But then, maybe not. Sometimes, sadly, teachers do burn out and can become bitter. I hope that by sharing this story, the sting of your memory eases a little. Sending you a big hug!

You really should have been able to enjoy that pizza.