Story: Tim and the Spanish Iraq 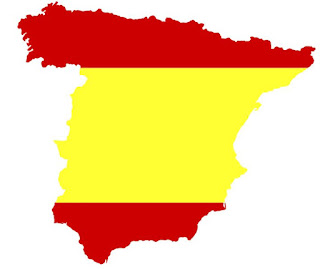 We have a guy at work named Tim who had served in the military. You could never tell by looking at him or his personality, but he speaks fluent Spanish. After a story about learning it, he told me that Spanish was the "2nd language" in Iraq which I immediately doubted. I assumed it was Kurdish or some other middle-eastern language. But as far as a more foreign language, like most other countries it'd probably be English due to the former superpower status of the British Empire and now the United States. While Spain conquered many lands, unlike the British they didn't really have anything near Iraq during the Age of Imperialism. I tried to look it up and found nothing with anything confirming Tim's "fact".  Anybody ever heard of a major influx of Spanish speakers in Iraq?
Posted by Adam at 12:00 PM

Well according to Google, no Spanish in Iraq!

This is interesting info, as always Adam. You find the good stuff. (lol) This is what I came across. "Whether you are already living as an expat in Iraq or still residing at home in Spain to prepare your relocation abroad, InterNations Iraq provides you with all you need: Founded in 2007, our trusted community has quickly established itself as the international networking platform for expats and global minds worldwide. Among our members there is also a number of Spanish expats in Iraq, hailing from all across Spain - from Sevilla, over Barcelona to Madrid."

Hello Adam .. I´m Spanish and I never heard that .. First news .. If you tell me in Morocco by the closeness with Spain, yes .. But not in Iraq ... Regards

This is news to me.

Typo error:
Spain was a major world player many years ago, but I don't believe that Spain had any influence whatsoever in Iraq or anywhere in that area.
I think your workmate, Tim, is, as we say here in Australia - " All talk and bullshit". Maybe he needs some geography lessons........the USA is pretty poor in that educational department, make that "hopeless".
Colin

I've never heard this before.

Can't help you there, Adam. Sounds suspect to me!

A very bizarre claim. As far as I know, Spanish, isn't even on any list of minority languages in Iraq.


Wow, absolutely fantastic blog. I am very glad to have such useful information.
Thanks For more information visit
หนังจีน