Story: Zach and the Doors 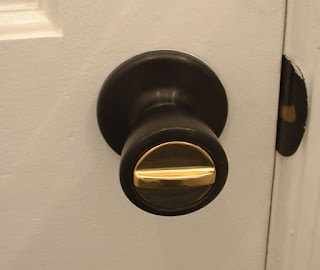 My brother Zach was never my friend when we were growing up. It was like living with your worst nightmare and when you have a mother who is ineffective, you have to put your hope in other things. He was obsessed with coming into my room and causing trouble. We'd have the simple door locks, but he'd find ways to get past it, like taking a stick off of a lollipop or a small screw-diver to pop the lock into "unlock". Imagine living with almost no privacy. 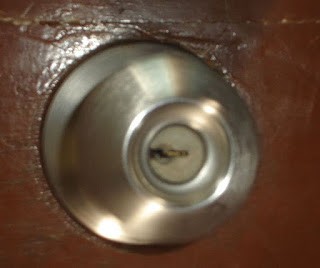 This crap happening even after high school ended for both of us. I finally got my mother to replace the broken doors, and demanded she get a new type of door-knob with a key lock instead of the simple ones. My brother protested and said it was dangerous "in case of fire" but I knew his real reason. Ironically he got the same thing for his room, though I never wanted to be in there. For example, every once and awhile I would be in his room, I could spot the things that changed since the last time I was in there.
Posted by Adam at 12:00 PM

Boys will be boys, but one of my sisters growing up was very troublesome too. Now we are adults it's great having her around.

Is he your friend now or do you still lock your door? We weren't allowed to have locks on our doors when were kids.

Sounds like he gave you a really hard time!

My brother and I always shared a room, never got along then but now we have no problem...but we aren't in the same room now.

Like you, I was never close to my brother.

My dad thought it would be funny to line the outside of his brother's doorway with tacks so he'd step on them barefoot. I think you might have gotten off a bit easier than my uncle ;)

I would hate that and it happened once but I just placed a chair in front and that was that. The nice thing is that my mom was attentive and made sure my brother wouldn't do it ever again

I'm sorry that you had to go through that, Adam. It's good that you and Zach have a better relationship now. I never had a room to myself until my second year of university. Most years I had to share a bed with my sister! Our bedrooms never had locks, but then our parents would not have allowed us to go obsessively though our siblings things.