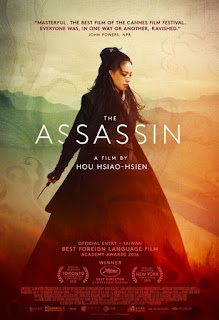 The Assassin is a movie that originated in both Taiwan, China, and Hong Kong. I wasn't quite sure what the movie was about besides the obvious. I will admit, having a beautiful actress like Shu Qi in the lead role did make me interested. Some people really don't like reading subtitles, but I don't mind especially as it's easier than learning Mandarin Chinese. Foreign films are hard to estimate because critical opinion can vary depending on its country of origin vs American critics, But the movie seemed to have fairly positive reviews, so was it any good? 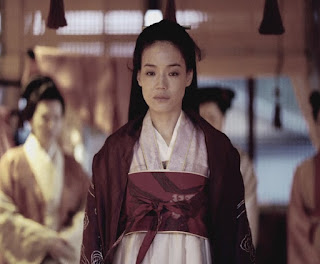 The movie is about an exiled assassin named Nie Yinniang. She was once a girl of notable noble birth during the Tang dynasty, but at an early age she was trained by a "nun" named Jiaxin to be a warrior without par. Her training is pretty much a success as even the fiercest warriors don't seem to be any challenge to her. However when she is given a mission, things don't go so well. It doesn't have anything to do with Yinniang's skill, but rather her heart. 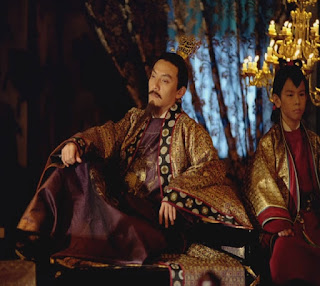 She spares a target because his son was also present. Jiaxin sends her around China to slay corrupt politicians and she is not a merciful person even to her best prodigy. She decides to give her a mission that will test her loyalties. She travels to the Weibo area of China in order to kill its military-governor Tian Jian. Howeve the problem is that she was once engaged to him, and he also happens to be her cousin as well. 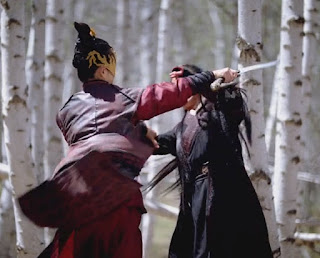 Overall I was pretty disappointed by The Assassin. I had at first thought that I had somehow missed out on some key plot of the story because a lot of things were not making sense. However this was intentional even if you were fluent in Mandarin Chinese. Some thought that was cool, I thought it was dumb. The action scenes didn't really impress me either. While Yinniang is pretty cool at her job, most of the fights are rather dull to me.

I didn't see this movie, Adam. I've seen a number of sub-titled movies in different languages, and I don't mind it. My all time favorite sub-titled Chinese movie was "Raise the Red Lantern" which I saw in Seattle in 1973. It starred another beautiful and talented Chinese actress, Gong Li

I missed it; well. not really.

I love subtitles..I have hearing problems so it helps ..