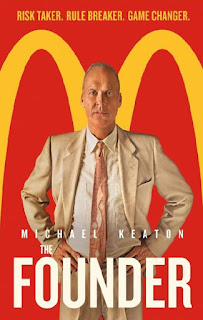 Regardless of if you want to admit it or not, but deep-down we all love McDonalds in some way, shape, or form. Now to be fair, I was never a die-hard fan of McDonalds, as I remember us going to Burger King, Hardee's (Carl's Jr.), Wendys, and just about any other competitor you could name growing up to today. Even back as a kid I've heard of Ray Kroc, who at the time of my birth was already long since dead. But I always wondered why McDonald's was called McDonald's with a founder with the last name Kroc. Well this movie will certainly clear up the confusion on that one for those who don't know the full story. 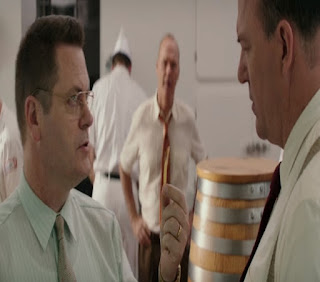 While the movie is about the foundation of McDonald's, it's more-or-less about the life of Ray Kroc right before he discovered McDonald's. The middle-aged salesman is struggling trying to sell milkshake mixing machines to various restaurants across the country. Even after a dead lead, he often orders a plate of food for such a restaurant, often times feeling frustrated when the staff messes up. However a large order of machines comes from a single restaurant in San Bernardino, California and Kroc himself cannot believe it. Before he introduces himself, he orders a hamburger, fries, and a Coca-Cola, and he is amazed when the clerk at the counter brings his food to him in seconds. As he sits down to eat it, he realizes it's actually really good tasting food as well. The McDonald's brothers give him a tour of the establishment, and Kroc is motivated beyond belief. 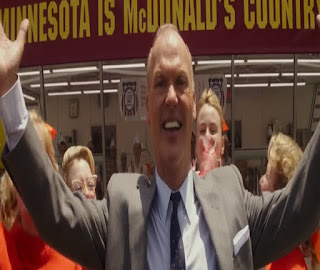 While the McDonald's brothers want their restaurant's reputation to be pure, moral, and uncorrupted, Ray Kroc envisions a bunch of McDonald's resutrants in every state from California all the way to New York. He eventually opens up his own McDonald's in his home state, and with time convinces more people across the country to do the same.  While Kroc hits struggles along the way, the McDonald's brothers are more worried about the unbelievable growth and the sneaky control Kroc manages to get in such a short time. If they aren't careful, their dreams might be stolen overnight by Ray Kroc himself. 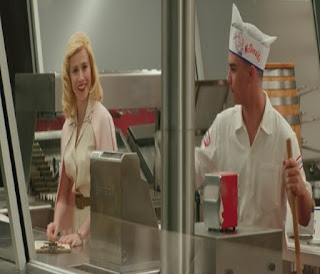 Overall I really liked The Founder. Historically speaking, the movie is pretty accurate as they portray Ray Kroc as the shady and smug guy he really was despite being the so-called "founder" of McDonald's restaurants. But it's also neat to see something so iconic as a McDonald's in its early stages to where it could have easily folded and shut down their doors forever versus their almost world-wide dominance today. While the film is officially a 2017 film, the movie-company had a special early release in very late 2016 which was an attempt I suppose to get nominations from the Academy Awards. Sadly it had none, and it was a pretty serious snub considering Micheal Keaton's performance, and the fact that La La Land was a horrible and over-rated movie.

I'm a Wendy's guy, so...except McDonalds fries. Yeah, those are some good fries.

I had an opportunity to watch this movie on my last plane trip and passed on it. Perhaps I should make more of an effort to see it.

I'll have to consider watching this.

Even though it really shed a light on how scummy Mr. Kroc was in his business takeover, Michael Keaton did an amazing job in the film and I really enjoyed how the story was told.

As for McDonald's itself, I try not to eat that garbage but will order a fry once or twice a year from them when we are on vacation and don't have too many restaurant options available to us.

i have it on my list to watch but haven't gotten to it yet..I love Michael keaton.

I haven't had a chance to see this yet, although I would like to. I'm not crazy about McDonalds' food, but we often stop there while on the road. Terry loves McDonalds' free wi-fi.