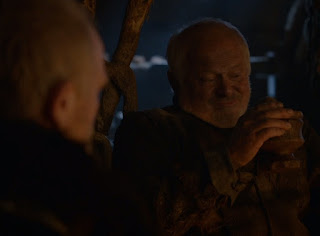 Craster is a wildling (Free Folk) in Game of Thrones. While Game of Thrones have their notrorious villains, Craster often gave the big bad guys competition in the despicable department. Despite being a "friend" to the Night's Watch, Craster's main flaw is his love life. Most of his wives are really his daughters, and he keeps the practice up. He also is a very jealous man and doesn't let any of the Night's Watch talk to the women. Jon Snow sees him offer up one of his sons (as the rest had been done) to a White Walker which fans later found out became a new White Walker. For someone so pro-White Walker, why on Earth would he help out the team that protects the realm from them? 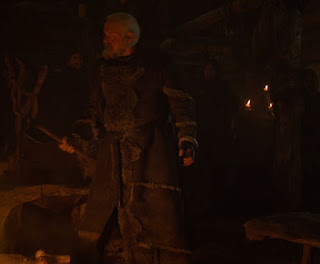 The Night's Watch used his home as a checkpoint of sorts before they could make it to Castle Black. He is killed by Karl Tanner who afterward leads the a mutiny against The Night's Watch. Jeor Mormont wanted him dead for violating Guest's Right but Craster was equally as guilty as he attacked first.
Posted by Adam at 12:00 AM

Yeah, he was a vile character!

I don't watch that show.

He was hate-worthy for sure.

So many vile characters on this show!

Yes, he was a compelling villain.

Crastor is skin-crawling creepy! I admired Sam greatly for rescuing Gilly and her baby from Crastor. Didn't you just know when Viserion slipped under the ice that he was going to turn up with blue eyes???!!!

No he wasn't. Karl is better.