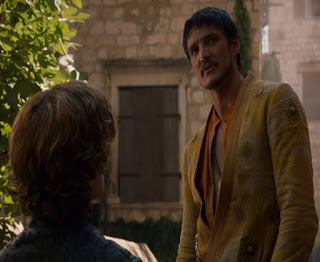 Oberyn Martell was the younger brother of Doran Martell, the ruler of Dorne. As he was the 2nd son, he was given more of a warrior's life. I think most fans liked him as his fiery temper, skill with a spear, and his interactions with almost everyone in King's Landing never really was a dull affair. He even makes Tyrion Lannister lose most of his words, as we clearly see his passion to avenge his sister Elia and her Targaryen children live deeply over a decade later. 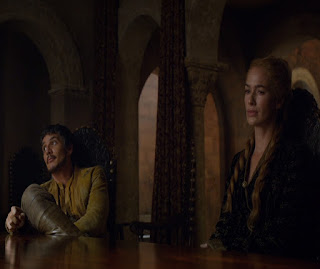 Probably the most proud Lannister-hater ever, Oberyn strangely made more cordial talks with Tywin Lannister and Queen-regent Cersei than you'd expect. He accepts a seat on the Small Council but clearly shows no respect for the office like not standing for the Hand of the King. He also doesn't have any real power there anyway, while he's on the council he is not a Master of Laws or Ships Or Coin or whatever. 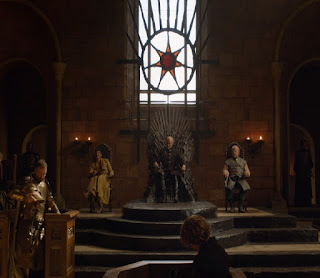 Tywin allows him to judge Tyrion for the death of King Joffrey hoping the Prince of Dorne would vote guilty. Though in trail by faith, it's a 2/3 decision and with a puppet like Mace Tyrell, he wasn't really needed. He would of probably voted for Tyrion's innocence I think if Tyrion had not demanded a trail by combat. 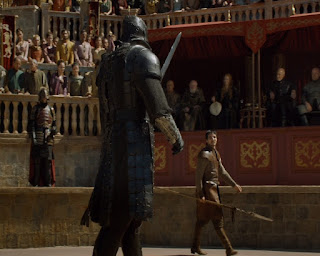 Speaking of the trail by combat, the Red Viper eagerly accepts the challenge to kill Ser Gregor Clegane (The Mountain) in one of the best battle scenes in the whole series. Too bad he was too worried about mocking his sister's killer to keep his guard up.
Posted by Adam at 12:00 PM

I haven't kept up with Game of Thrones but liked the couple of seasons I watched.

I never thought he was used well in the story

I need to watch at least one episode of game of thrones, everybody talk about it!

I adored Oberyn. Everything about him just resonated well with me. Oh well.

Yes, it was a shocking and disturbing scene.

I have tried at least three times to watch this because so many people have raved about it, but no matter what, I end up changing the channel. I can tell you really enjoy it though. Hugs...RO

I can't wait for GOT tonight, Adam!!! The dragon attack on the wagon train of High Garden spoils was phenomenal last week. I, too, enjoyed the character Oberyn Martell from Dorne. I dread the series coming to an end.

Orphan Black ended last night. We managed to watch all five seasons in recent weeks and finished all of the episodes except the finale just in time for the finale. I really liked this show ~ right up there with GOT and The Wire.

Wishing you and Daisy a great week!

His death was shocking! I was really upset about it.

I ended up loving the character Oberyn. Was shocked and disappointed when he let himself be killed. However, we are only mid season 5 right now, so don't be surprised if I don't comment on future posts about Game of Thrones.