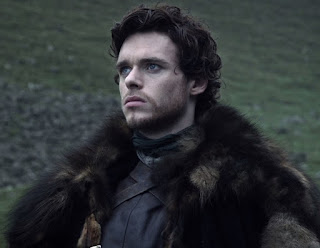 One of the big favorites for many fans, the first true-born son of Eddard Stark remained fairly low-key for the majority of season one. He kept Winterfell in shape while Ned was Hand of the King. However that escalates as he calls of the Northern houses to march to King's Landing to save his father from death. 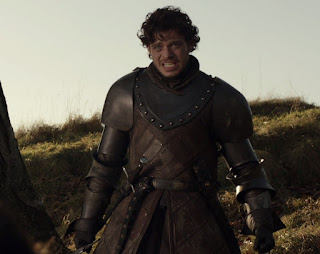 Which soon goes from rescue mission to utter revenge. With many odds against him, Robb was a great military commander. It's a shame Robb and Tywin never met in a direct battle against each other. 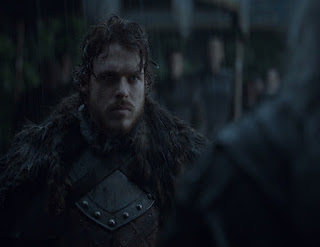 Like Ned, Robb was a poor politician. Killing Rickard Karstark lost Robb a good majority of his army even though all he had to do was keep him locked up in a dungeon to keep the Karstarks loyal to him. 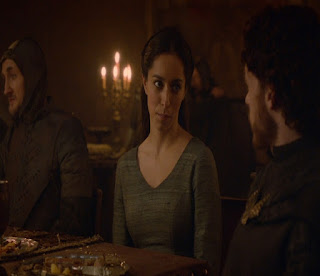 Also breaking his vow to Walder Frey in order to marry Talisa Maegyr was a not a smart move. In the books Robb marries a girl named Jeyne Westerling, and marries her to preserve her honor as they had an affair. Makes more sense for him to do it that way, but he might of been too honorable like his father to keep a mistress anyway. 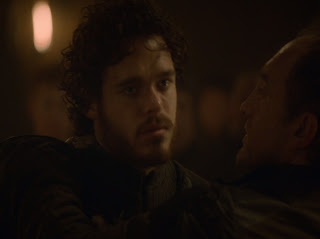 But all these bad political choices lets Walder Frey trap him and his own ally Roose Bolton personally hits him the heart with a knife. Both Frey and Bolton are rewarded by Tywin Lannister with the largest roles in the North and Riverlands for their part in betraying Robb. The Red Wedding was sad and awesome at the same time, but it did leave a lot of the later seasons feel rather depressing as you don't see much good ahead for the remains of House Stark.
Posted by Adam at 12:00 PM

The death of Rob at the Red Wedding was a stunner, as was the death of Ned Stark. As readers and tv fans of the series, we quickly learned that death could come to anyone. I like the revenge Arya exacted on Walden Frey!

I've only watched a handful of episodes of this show.

when they killed ned right off I did a tailspin..and then the red wedding ..wow..hope the killings of the starks is over with.

I can't recall being more shocked by a TV show than the Red Wedding.

I was stunned with the Red Wedding! I really wasn't expecting that.