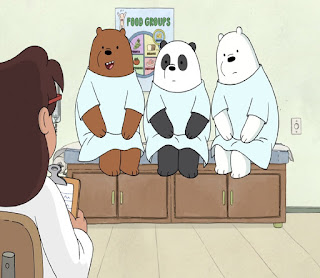 Last year I just happened to stumble across something that used the bear characters from the Cartoon Network show We Bare Bears and I was reminded on how much my wife likes cute animals, as one of her most favorite stuffed animals I ever got for her was a polar bear with a red bow tie. I thought she'd like the show, and I was actually really surprised by how good it is. The show reminds me a lot of classics from my childhood like Rocko's Modern Life, Ren and Stimpy, Johnny Bravo, and a few others. None of those shows scared children, but they were remarkably clever and had a lot of hidden dark humor in them. 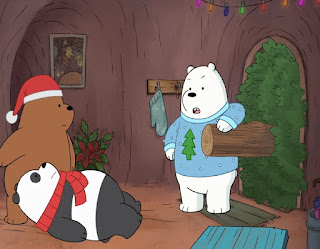 Since the show We Bare Bears doesn't have a central story-line (almost like a sitcom or many other cartoons), not much really changes in terms of strong character development and plot-lines. Pan Pan's love life however gets slightly less pathetic, Grizz blindly wonders into trouble, and Ice Bear is Ice Bear. But all the bears in the brotherly trio will sure get into some wacky adventures such as juggling Christmas Parties, battling evil robots, owning the basketball court, going on an extreme "bear diet". and many more. 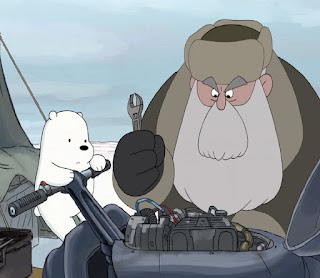 The bears don't make many real new friends this season. They are still friends with Charlie, the oddly looking and bizarre Bigfoot monster. They also still hang out with the young Korean-American super-genius Chole Park. They however meet a new friend in Tabes, who is a park ranger who LOVES her job and is obsessed with finding proof of Bigfoot (Charlie). We also get more Baby Bears stories one of which shows Ice Bear (presumably before he met his "brothers) in Siberia befriending an old Russian guy. The others have the baby bears getting stuck on a deserted island with two humans, and also a story about getting on a plane that has a pilot who has lost control. 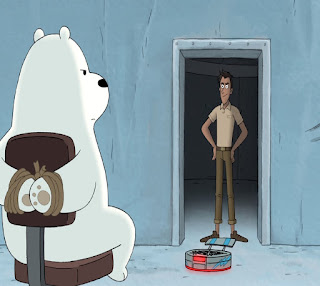 I'd say the second season of Cartoon Network's We Bare Bears isn't quite as good as the first, but my wife Daisy and I still enjoyed it quite a bit. There are very few shows we ever "binge-watch" and it didn't take my wife Daisy and I long before the second season is over with. I will admit though, I assume it will be another year until the third season comes out and both me and my wife will be really glad when we get a chance to see that one as well.

This one is news to me.

I haven't heard of this show before, but it's nice that you and Daisy enjoyed it together.

I've never heard of this. Maybe need to check it out.

My son and I love We Bare Bears!! We often say things as Ice Bear. For example, 'Ice Bear likes this post."