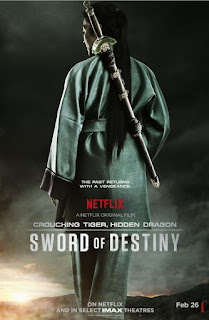 I do remember the original Crouching Tiger, Hidden Dragon many moons ago though I had forgotten a good chunk of the story. It was made in China, and spoken in Mandarin (though an English dub does exist) but funny enough this sequel was actually spoken in English and dubbed in Mandarin for China. The original film was a huge international success both with critics, awards, and at the box office, so I assume this is why they decided to make this one in English so they didn't alienate those who hate subtitles and dub work. Even though it really was made for Chinese audiences as a standard movie, outside of China it's one of the first "original" Netflix-only movies. I waited about a year to see it, and I later learned people weren't exactly as pleased with this one. Was it really the case? 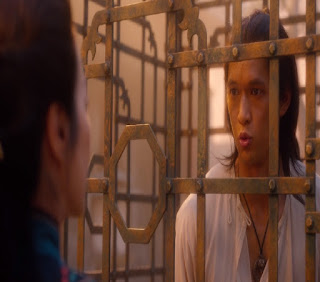 After almost two decades of peace,  Yu Shu Lien comes out of "retirement" for a new special job. Her late beloved Li Mu Bai's sword the Green Destiny is being sought out by an evil warlord of sorts. His name is Hades Dai, and his sword is considered 2nd only to Green Destiny. However Hades Dai prefers to have his own people do his work for him most of the time. He sends the not-quite-yet-trained Wei Fang on a mission to take the famed jian sword in the middle of the night. However he is stopped thanks to a young woman named Snow Vase, as she was trained by a legendary woman named Han Mei. 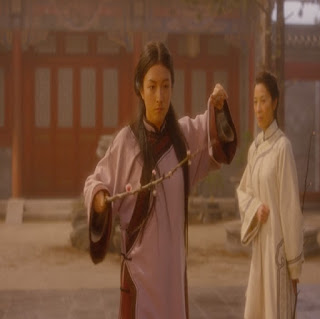 However Yu Shu Lien comes to see some darkness in Snow Vase, and also light inside Wei Fang though they keep him locked up for the time being. However Hades Dai will not stay put for long, as when he realized Wei Fang has lost, he'll send even more fearsome warriors to come take the blade from those who are guarding it. However if the dreaded Hades Dai takes matters in his own hands, then many will fall before justice is done. Will Yu Shu Lien and her new allies be able to stop him when the time comes? 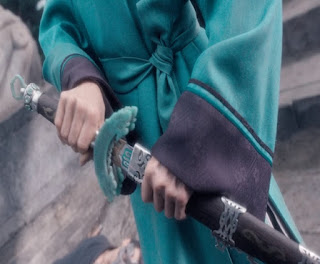 Crouching Tiger, Hidden Dragon: Sword of Destiny was about what I had expected. It's good, but doesn't quite live-up to the original film because it's just too different. I still can't really see why critics hated it so much unless they were just so disappointed by being so hyped-up for the movie. The movie looks gorgeous, and the cast speak English well-enough. The story is a little bland and predictable, but I did like the chemistry between Wei Fang and Snow Vase, but there wasn't much time to let such a relationship blossom without making it seem forced and rushed. Will we ever see a third Crouching Tiger, Hidden Dragon? Who knows, but I'll give it a try.

Sounds and seems interesting! Never heard about this, by the way!

I remember the first one, maybe I'll have to watch this one.

I also saw the first one, and that was enough.

I loved them both