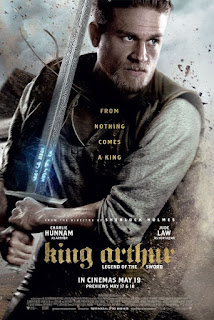 While many like stories like Star Wars, Harry Potter, Game of Thrones, and many more, but long before almost every work of English-based fiction, there was the story of King Arthur. I was a big fan of the TV mini-series (often confused as a movie) Merlin with Sam Neill and I also liked the TV series Merlin with Colin Morgan. What wasn't so good was 2004's King Arthur with Clive Owen, which mixed fiction with "history" and created a Roman Empire story that wasn't very compelling but it wasn't horrible per se. I was actually pretty excited for this new King Arthur movie but not enough to see it in theaters. Critical opinion was in the dumps, but apparently regular folks liked it enough. Well not enough to keep it from being a fairly notable flop at the box office, though to be fair, it had a massive budget. 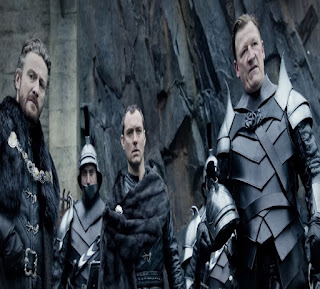 The movie starts with King Arthur's dad Uther Pendragon fighting the dark wizard Mordred and his sinister allies. Mordred sought to make a world where humans were inferior to those with magic, but luckily enough for mankind, King Uther slays the evil Mordred and brings peace to Camelot. However his brother Vortigern covets the throne, and allies with forces of dark magic to take the throne for himself. He kills Uther Pendragon in battle, and Queen Igraine is met with death as well. The infant prince manages to land up far away from Vortigern's reach. However his father's sword Excalibur lays in stone. 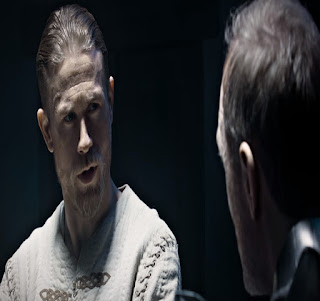 Arthur grows up thinking he was born as a bastard to a lowly woman. Instead of being raised like a royal, he grows up like a commoner that has to deal with a lot of issues. However King Vortigern makes all boys around Arthur's age try to pull the sword from the stone, as he wants to prove who Arthur is and kill him when he does. Soon enough Arthur gets his chance to lay his hands on his rightful sword, but will Excalibur's magic be enough to get revenge on his evil uncle and bring real peace to Britain? 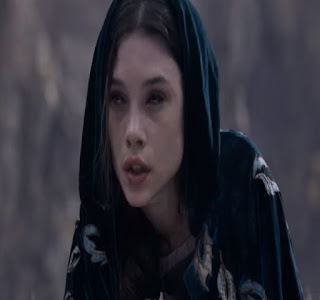 To be frank, King Arthur: Legend of the Sword is not a very good movie. There's not much wrong with the cast, but the script and direction was abysmal. No two King Arthur stories are the same (as your English teacher would remind you) but this one is a pretty drastic turn from the classic version of the tale. It's somewhat cool at the beginning and the end, but it's a big mess for the good majority of the film. I would also like to note that Charlie Hunnam is rather old (37) to be King Arthur, and Jude Law's character Vortigern ages pretty well after several decades of time passing in the story. I really hope nobody is dumb enough to make a sequel.

There are some wonderful stories about King Arthur but I agree no two are the same!
Was this the film that David Beckham was in? I think it was.

Although I love Charlie Hunnam, and I think Guy Ritchie makes good films, I thought this movie was meh. Charlie was totally miscast, and I thought it could've been better edited!

He will always be Jax to me (Brothers of Anarchy).
Thank, Adam

That bad, huh? My cousins loved it, but I think they are obsessed with Charlie Hunnman so their judgement may have been a bit clouded.

Nice review Adam. Star Wars is the only one I watched. I I did not see Harry Potter, Game of Thrones, or any of the others. Thank you for sharing this with us.

I heard it was dreadful and have stayed away.

I didn't care about the movie I just wanted to see Jax..ha

I didn't see it, and it sounds like I lucked out in this instance. thanks for another thorough review.