Night at the Museum: Secret of the Tomb (2014 Film) Review 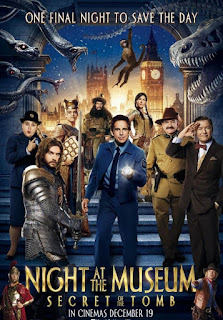 To be honest, I was never too thrilled with the Night at the Museum movies. The original and the first sequel were okay, but there wasn't much plot as it was really about funny interactions between Ben Stiller's character Larry Daley and the magical exhibits. This movie came out about the time I started watching the original films. Since the original two movies had a lot of de ja vu between each other, I decided to wait a good while before watching the final movie. Because even if I hated the series, it was one of Robin William's last movie roles before his death, and you can't say no to that anyways. 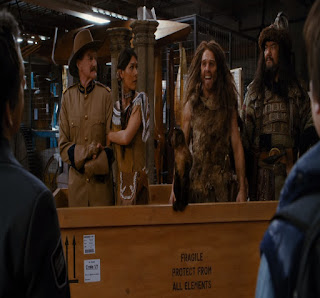 Despite what went on in the Smithsonian, Larry Daley is back at the American Museum of Natural History in New York City. Everything seems to go fairly normal and there is a huge party planned where Larry uses the magic of the museum to wow people who think all the exhibits are really just actors and special-effects. However during the party, the magic goes wrong and chaos goes all over the place. Larry learns that the magic tablet is losing its power and there may be no way to bring it back. He learns that there is someone magical at the British Museum in London who might know, so Larry and some good friends in New York make the trip. 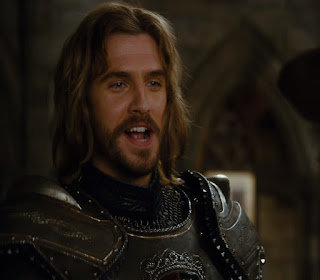 Larry manages to easily trick his British counterpart into letting him in the place over-night. The tablet still has enough magic to bring to life exhibits at this museum as well such as the valiant and brave Sir Lancelot of the King Arthur legend. However Larry can really see the magic corroding in the tablet by the minute and must hurry to find the secret in restoring its power. Because if the tablet completely goes dead, then all the exhibits will "die" forever and the magic will be nothing more than fiction. 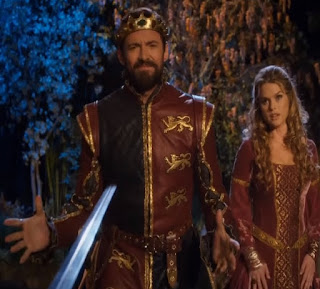 Overall I strangely found Secret of the Tomb to be my favorite of the series. There still is a lot of de ja vu and the story isn't the greatest. I think what I liked most was Dan Stevens as Sir Lancelot. I also really liked the cameo with Hugh Jackman and Alice Eve portraying themselves. But I'm really glad the third one is the final one. They might of still been able to hold some modest charm, but I really doubt they could of held anything new for a potential fourth film.

I really liked the first one. The second one was just okay. But I'm not sure if I've seen this one. I don't remember. I'll have to watch the trailer.

I saw the last one just because of him.

I've only seen the first one.
Lisa

I have yet to see any of these movies. I like the premise, though.

I loved everything about this movie but ben stiller

I haven't seen them... Story of my life! LOL

Ha! Just got back from New York. Two friends from different parts of the West Coast met us there. They went to the Museum of Natural History. ONLY because of "Night at the Museum."