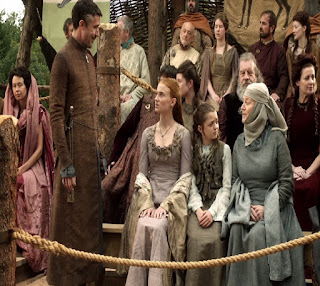 Petyr Baelish is a well-written character, but who honestly liked him as a person by the very end? He walked the fine line between villain and ...hero pretty well. He's also one of the few characters you notice their full importance from season one to near the end. By the start of the series, the minor lord (very little land and the lowest rank of lord) managed to make himself a wealthy man and a member of King Robert's Small Council as Master of Coin. 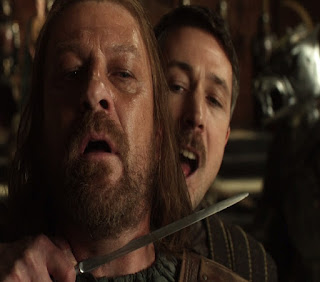 He tries to get Ned Stark to play politics with Joffrey when the boy crowns himself king after King Robert's death. But Ned's way was honor, and Little Finger's wasn't so he played him like a fool. As a boy Petyr challenged Ned's brother to a duel to win the heart of Catelyn Tully (who Ned married for political reasons after his brother's death) and almost died. With Ned out of the picture, Petyr had the "chance" to marry the now widowed Catelyn Stark. 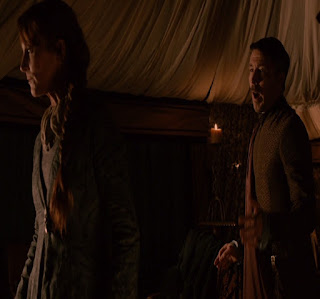 She was probably the only person who could see through his lies early on. He attempted to trick her to gain her trust and love but she wouldn't have it. When Catelyn dies during the Red Wedding, Petyr works with Olenna Tyrell to murder Joffrey Baratheon in revenge. While Joffrey wasn't really the master-mind, his death led to the death of the true mastermind Tywin Lannister. 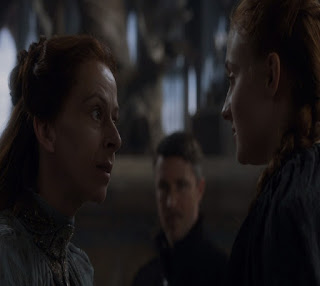 He rescues Sansa Stark and has her pretend to be a bastard of his own kin. However Sansa meets her aunt Lysa for the first time, who was really the Tully who loved Petyr. With her first husband Jon and her father Hoster dead, she was free to marry him without anyone to stop her. 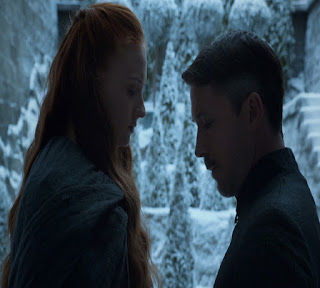 Which doesn't go so well when she finds out their husband really wants her niece instead. 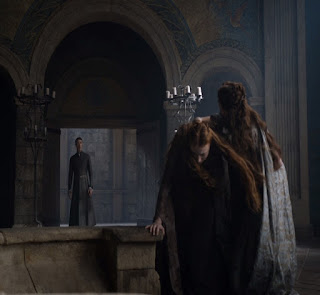 So she tries to murder Sansa but Petyr stops her just in time. He then shoves her down the moon-door instead to her death. I loved that moment. 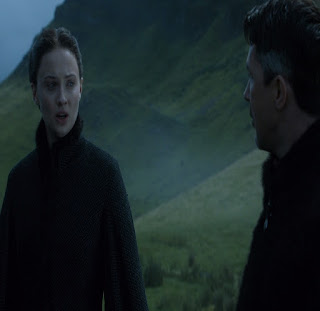 To be honest, it didn't make sense for Baelish to send Sansa Stark to marry Ramsay Bolton. But Sansa's role in the books at the point didn't really go anywhere so they combined her story with Jeyne Poole, who was disguised by the Lannisters to be "Arya Stark" and she married Ramsay. 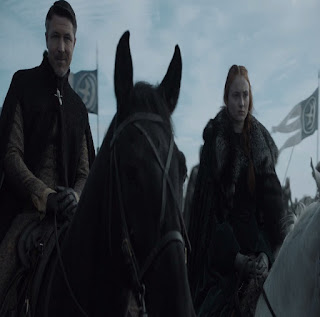 While the show has made some stupid changes, I liked Sansa's story with Ramsay and with her getting revenge on him. Little Finger provides the Vale troops that win the battle for House Stark and Jon Snow. 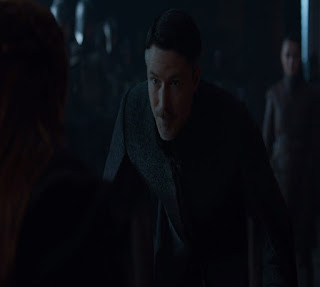 But he spends his time in Winterfell trying to put Sansa as Queen which meant trying to turn her against Jon Snow and Arya Stark. The Stark girls have time to realize it and with Bran's magic powers, they know his crimes and Arya kills him on Sansa's order in public. To be honest, I don't think this really how Petyr will die in the books, I think the show-runners were just trying to tie up story-lines and characters before the final season.
Posted by Adam at 12:00 PM

Interesting. I have tried watching the show but couldn't get into it.

It was interesting how Sansa figured out Little Finger was behind so much misery.

what terrible person!
my son and my daugther look this serie .

I always disliked this character. I found him sneaky and annoying. I was so glad to see his end.

I enjoyed Little Finger as a character, although at times he made my skin crawl. He was clever in his machinations which were interesting to watch. I, too, loved it when Petyr pushes Lisa through the Moon Door. Such a fine book series and television series. I'm going to hate when it ends!!!

he was a dick