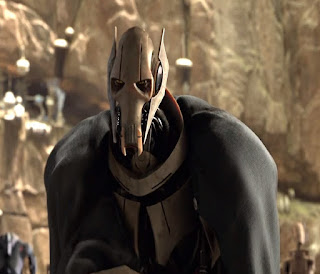 General Grievous is one of the antagonists in the Star Wars prequels. Most fans know him as one of the main villains in Episode III; Revenge of the Sith but he made an earlier appearance than the movie. 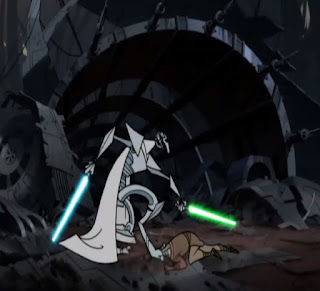 He was a major villian in the original Clone Wars cartoon. This is why I like him so much, I thought they really dropped the ball when it came to the story in the actual movie with him. He was really cool there, especially as he slaughters an entire squad of Jedi like they were made of butter. 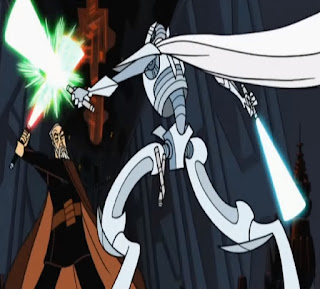 I'm pretty sure they made it clear that he had no force powers, but he was taught by Count Dooku to use a lightsaber. Which kind of ruins the logic in the idea that Jedi might be better swordsmen because they have force powers and that's why no "normal" people use them. 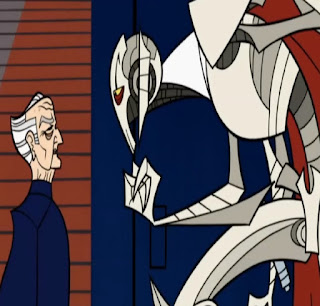 At the very end of Clone Wars he captures Supreme Chancellor Palpatine who isn't scared of him at all. Mainly because he's really the Sith Lord and secretly his boss as well. Too bad ol' General Grievous didn't know he was just a puppet. 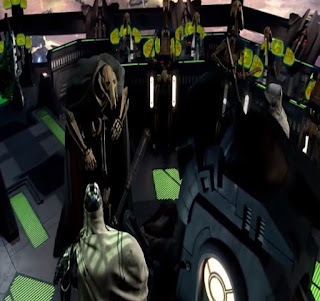 So the end of the cartoon leads right up to the start of Revenge of the Sith. Despite being on the spaceship, he just runs away instead of helping Count Dooku fight two Jedi. When did he get so chicken? 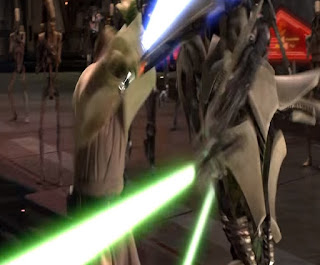 I will say the light-saber duel was one of the better parts of the prequel movies. Though it almost becomes hard to believe Obi-Wan won that one. 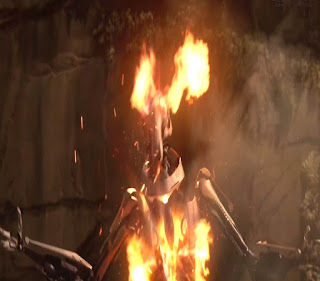 Never expected this guy to perish from an uncivilized blaster shot.
Posted by Adam at 12:00 PM

I've seen the original and the latest Star Wars and that was it.

They dropped many balls when it came to the prequels. There really wasn't any structure to them.

I haven't seen the latest Star Wars yet. You have lots of knowledge on this subject, Adam.

You make me want to sit down and have a Star Wars binge, Adam! Some of the best storytelling ever!

I've burned out on the whole Star Wars thing and haven't seen the last two movies. I really with George Lucas had another story in him.