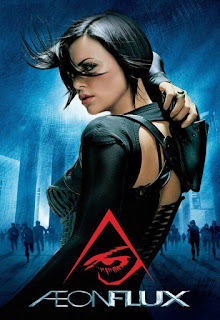 Aeon Flux is a movie I've know of for quite some time, but just never was quite motivated to see until the other day. That being said, I really like Charlize Theron so I guess it was inevitable I'd see it. I actually had no idea that the movie was based on an animated series of the same name that ran originally on MTV from 1991 to 1995. I was too young to have enjoyed the original show which I hear now was actually pretty good. However was there a reason I rarely ever hear anyone talk about the major film version over a decade later? 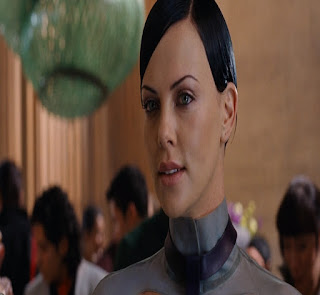 The movie is about Aeon Flux, a woman who lives in a post-doomed society that managed to survive after most of the life on Earth had been squashed. Over four hundred years later, the city-state of Bregna is a walled-in society free of the outside world though there isn't much outside its wall except the harsh mother nature. Over time the ruling Goodchild family has provided much for a decent life for its citizens, but many folks go missing and there are dark secrets that the common people don't know. So there is a rebel group known as the Monicans that aim to take the Goodchilds down. 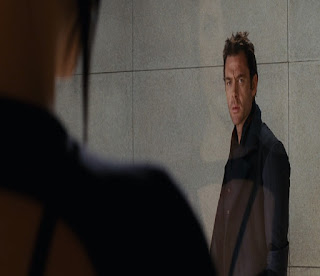 After Aeon Flux's sister Una is killed on the mistake she was a Monican herself, Aeon goes on a path to revenge. She is a high skilled warrior and a Monican and she is their best soldier. She gets a mission to assassinate one of the Goodchilds, but when it comes time to end his life, she spares Trevor Goodchild. She never realized it, but her and Trevor are connected in ways she did not imagine. Now she has to figure out what is going on with the rest of Bregna before those who wish to destroy her stop her. 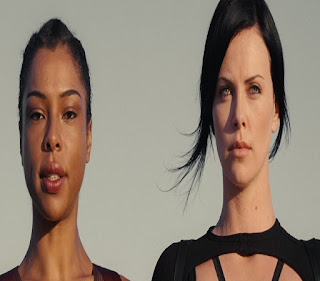 Overall I will say Aeon Flux deserved to be the box office and critical flop it was. It's not very long (roughly an hour and half), but it's just rather dull and boring. You also don't really seem to care for any of the characters except Aeon Flux and even she didn't get a lot of sympathy from me. The creator of the series Peter Chung hated the final version of the film, and said that his character Aeon Flux actually didn't make an appearance. At least for him, Aeon Flux wasn't the only franchise ruined by Hollywood. It's sad when one of the few good things about a movie is how attractive its main star is and not much else.

I did watch this one and have to agree, it didn't keep my attention because so many parts were boring.

Never saw it. Never will. Thanks, Adam!

This is the first I'm hearing about this one.

Like you Louise, I would have to be strapped to a seat
with my eyes and ears prised open to watch this "whatever".
Colin

Saw it years ago, was not memorable enough to take up space in my brain.

I think I fell asleep in the middle of it.

You are such a delight, Colin!