Fact of the Day: Safer Chicago 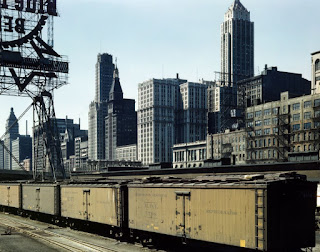 While Chicago is often pointed out for its high rate of homicides, it actually ranks safer on a per capita basis than many other U.S. cities such as Atlanta, Georgia and Birmingham, Alabama. The most dangerous cities in America are usually always (varies slightly by year) St. Louis, Missouri, Detroit, Michigan and New Orleans, Louisiana.
Posted by Adam at 12:00 AM

Very interesting. Thank you for sharing"
Have a nice weekend, dear!

Must be all the drunks in New Orleans. Detroit is an easy guess.

Too bad about all that crime.

Wow those are a lot of cities.

Crime stats are really scary, it is amazing when you look into them how close to home they are sometimes.

We have to drive through Detroit every now and again. It's quite sketchy there. Chicago has good and bad spots, but I'd go there over Detroit any day.

I didn't know that New Orleans was so dangerous!