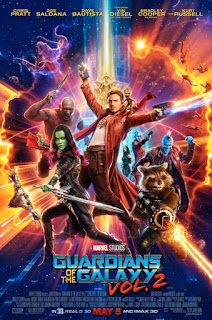 While Marvel had done really well with most of the films in the Marvel Cinematic Universe, I was curious to see if Guardians of the Galaxy would do well with fans considering that most normal people never read those comics in comparison to Spider-Man, X-Men, Avengers, etc. But luckily the movie was pretty good (though I did think people over-rated it) and fans loved it so it did amazing at the box office. Fast-forward now a few years, and we have the first sequel. I originally wanted to see it in theaters, but like the original I ended up waiting for the movie to come out on Blu-Ray. Was it better or worse than the original? 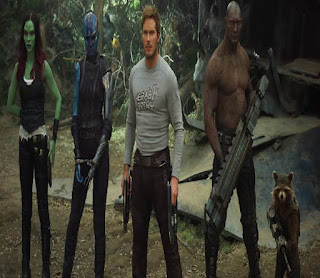 The story takes place not terribly long after the events of the first movie. After completing a task for the gold-colored aliens who call themselves the Sovereign race, their prize is Nebula who is Gamora's estranged and pretty evil sister. They plan to collect a bounty on her head, but thanks to Rocket Raccoon's "personality", the Sovereigns are furious and try to attack them. They are saved at the last minute by an unknown force. But who in the Universe could easily take out space-armada from a race of pretty advanced aliens? 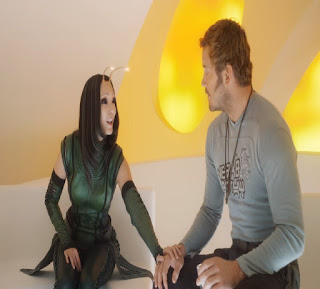 Turns out it's Peter Quill's biological father Ego who has finally reunited with his favorite son. Along with him is Mantis, a beautiful (or hideous if you're Drax) alien being that can feel the emotions of people. She is also the only being able to put Peter Quill's father to sleep when he needs to rest. The reason Ego wanted to reunite with Peter is that he's not exactly a human or an alien. Peter Quill learns the reason he's so special is from his father's genes. And he isn't quite prepared for the news himself. But evil lurks everywhere, will they be able to save the galaxy once more? 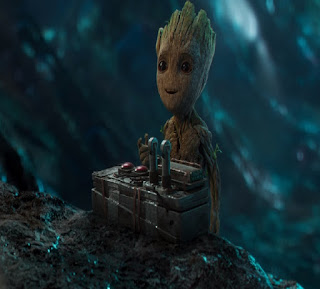 Overall I'd say Guardians of the Galaxy Vol. 2 is certainly worse than the original but still a good film. I'd say it's main problems is that it lasts for too long (over two hours) and its actions scenes are too chaotic for their own good. But like the original, it's certainly the funniest out of the MCU movies and while some of the humor could be better, it will have you laughing. And it's honestly difficult to hate on the movie when there is a lot to like about it.

You said it. Not as good as the original, but still good enough (and certainly funny enough) to be considered worth watching. Sign me up for part 3.

I agree with everything you said about this film, Adam!

I didn't care for the first one.

Was good, but not as good indeed. They tried too hard to force the humor sometimes.

Sometimes the sequel just doesn't live up to all they hype, but I enjoyed the first one, and you're right, it wasn't better, but I did have some great moments watching it. Even when movies are over 2 hours long, I'm fine when I'm in the living room with a cheeseburger and the fridge nearby.(lol) Hugs...RO

That pretty much matches my opinion.

Things I like: Drax.
Thought the first movie was better but I never have high expectations for sequels.

I didn't read all of your review, but skipped to your rating. That's because I haven't seen it yet, and you often have thorough reviews. I'll keep looking for it on free cable, since you gave it a B. Thanks!