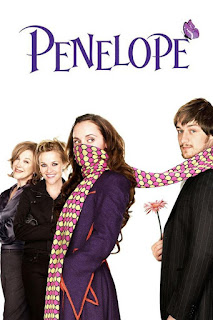 To be honest, I'm not sure how I originally heard of Penelope. It was probably because of James McAvoy being in it as I think he is one of the most talented actors ever. But the cast is really strong here, you have Christina Ricci (who many remember first as Wednesday Addams in the remake Addams Family movies), Peter Dinklage, Nick Frost, and quite a few others bringing their talents. Funny thing is that this movie is really a Independent Film making it first showing back in 2006 Toronto International Film Festival and being put "on hold" for about two years until regular folks got a chance to see it. 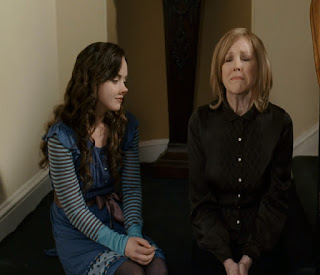 The movie is about Penelope Wilhern whose upper-class ancestor offended the servant daughter of a witch by refusing to marry her. The witch set a curse that the first girl born in his line would have the nose of a pig which doesn't happen until like a century later. The curse cannot be broken until "one of her own kind" loves her for what she truly is. Her parents think that means another aristocratic person must take her as a wife, but despite an alluring dowry, Penelope terrifies all the men that see her. They manage to get all the men to stay legally silent through contracts but one man named Edward Vanderman runs away fast enough where they can't get a chance to explain things to him. 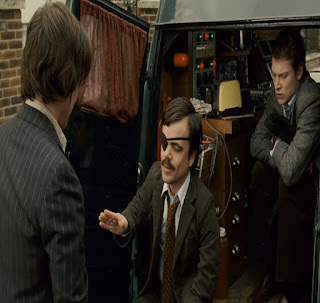 He tries to tell people of a horrid and monstrous pig-girl and a local newspaper editor writes a story suggesting to everyone that he's gone mad. This ruins Edward's reputation and he is willing to do whatever it takes to clear his name. He teams up with a disgruntled reporter and they hire a man named Max Campion to get a picture of the pig girl so they can prove it to the city. However Max is not like many other folks, and he ends up liking Penelope a lot. But that doesn't mean he doesn't have problems with her pig form, but will he have the magic to break the curse? 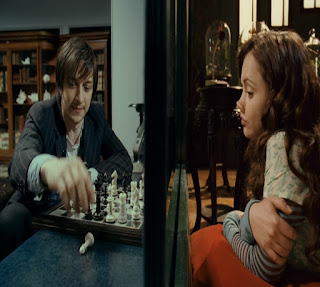 Overall I actually liked Penelope quite a bit despite critics giving it mixed reviews. The cast is awesome and almost everyone pulls their weight here, though I will say Catherine O"Hara's character and portrayal as Jessica Wilhern was too inhuman and silly for her own good. Now granted the movie isn't perfect, despite it's charm the story is unbalanced and often seems to have a lot of misdirection. It's also impossible to believe that men run away from Penelope like they do in the movie, even with the pig snout on Christina Ricci's face, she looks far better than some women with normal noses and the character has an impressive dowry to her name. The movie would of been a more believable story if Penelope looked like Mama June from Here Comes Honey Boo Boo instead of an attractive woman like Christina Ricci. But overall it's got charm, a bit of originality (even if it is just more or less The Ugly Duckling) and a cast that makes it an enjoyable and cute film.

Ooh, I need to see this one again.