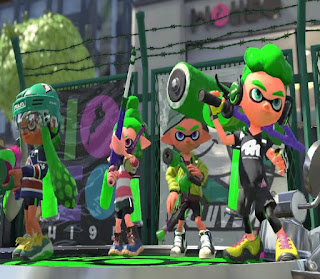 The original Splatoon came out for WiiU, and I missed it. I feel a little guilty getting the sequel as my first in the series, but since I no longer have a WiiU, it doesn't matter. I played a tiny bit of a demo on the WiiU at Target once, and I never quite got why it was popular. Mainly because that stage was to show off the controls, not the real core of the game. 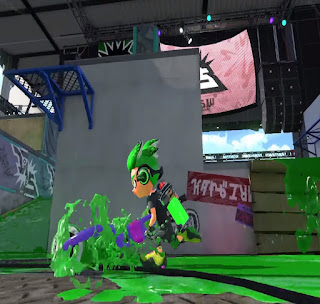 Even though they call it "ink" Splatoon is obviously inspired by paintball in real life. However unlike most other shooting games, the object is not really to destroy the enemy team, but to cover the stage in your team's color as much as you can. You can destroy other players, but trying to keep the stage in your team's ink is easier said than done. 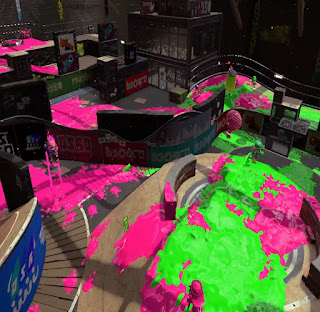 You also level up like an RPG the more you play. You start out really weak but it gets better very quickly. The turf war battles are pretty chaotic, but addictive. It's been a long time since I enjoyed multiplayer mode online as much as I have with Splatoon 2. The game runs very smooth and I haven't noticed any lag either.
Posted by Adam at 12:00 PM

This is way over my head ~ especially after two glasses of wine! Happy Friday and weekend to you and Daisy!