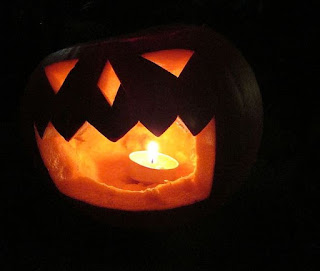 For maybe two or three years, I managed to trick-or-treat with my childhood best friend whose name also was Adam. We did it near his home and we found a house where they left candy in a bowl because they were not home. And they left the good stuff too, the type of candy that would easily be a buck each in a vending machine. We knew the next person would take the whole bowl for themselves, so we split it in half like the greedy kids we were. Right before we were done, a kid dressed like Ash Ketchum from the Pokemon anime cartoon gave us a lecture on how that was uncool. He was lucky we gave him some of the candy out of the bowl.
Posted by Adam at 12:00 PM

lol kids always do that.

We get so many kids in our neighborhood it's a bit ridiculous.

Adam, this is so funny!

Very neat to have a friend with the same name, and quite a clever tactic to score tasty treats. Hugs...

My parents always insisted on checking the candy I brought home on Halloween. They often confiscated the best candy for themselves.

Fancy having the same name!
Halloween is so popular these days.

HAHA! I leave a bowl out when I take my son trick or treating, but there is only 1 house after me so not many people bother coming down our street. No one has ever stolen it all lol

We live on a court and don't get many people so I do leave a bowl of fun sized candy for the first half hour until my husband gets home to pass out the full sized bars. We have watched on our camera system and the people that come down usually are good about sticking with only taking a piece or two.