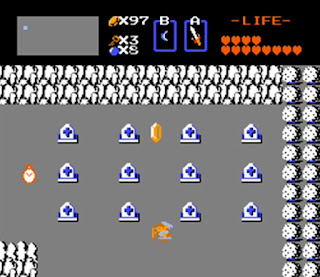 Back in the late 2000's, I listened to a lot of podcasts about video games. My demand for it was so massive at the time that I had to look and look for good podcasts to find. One of the podcasts was done by some fans in their free-time and not a major magazine or site. I remember they had a three person cast and during the intro they would often play the claim that one of the guys had beaten the original Legend of Zelda on NES before he could walk. For those unfamiliar, the original Zelda was a huge adventure that was difficult not only from defeating enemies but doing puzzles and finding secrets. One dungeon (which you have to complete to end the game) in Zelda 1 is hidden under a tree/bush out of probably thousands of them. 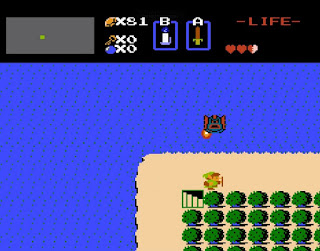 So to be honest, I was pretty sure he was lying but I also remember playing Super Mario Bros. on NES when I was two, so who knows right? Well many years later, the memory popped into my head and I recalled both of my nieces when they were around walking age trying to play with a video game controller and not being able to do a thing with it. Unless that guy had polio as a kid, I honestly doubt any kid in the world could finish Zelda 1 before his motor skills really developed.
Posted by Adam at 12:00 PM

I remember playing this game, and I suspect he's fibbing. Maybe somebody helped him through the harder parts.

Reading this is like an eye into a different universe!