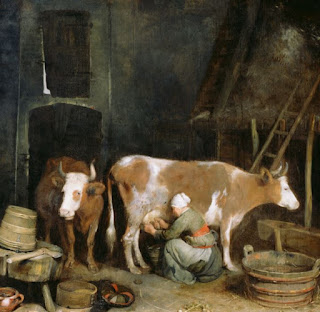 When I worked produce for a supermarket, I once asked this cashier a riddle of sorts. It's not really a riddle in the traditional sense but I love it anyways. You first get a person to say "Silk silk silk" multiple times. Then you ask them "what does a cow drink?" and they'll most likely say "milk" as your mind just wants to scream it out after saying silk. Well the real answer is obviously "water" but you get most people than not. 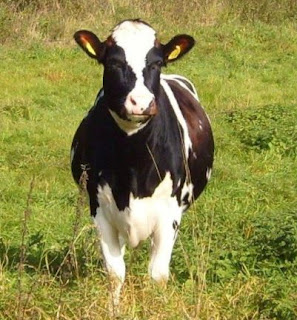 Well she said "milk" and boy she was NOT HAPPY.  So about a day or two later she comes up to me and asked me to do the riddle thing again. I didn't see the point but I played along and soon the big question pops up. She sticks her tongue out and then says "Milk!" and at that moment she realized she just messed up again.
Posted by Adam at 12:00 PM

Clever. I'd probably say milk too:)

Teehee....one of my kids tried to this with me using the stop light one:D

This is hilarious. And exactly what Jerry would do, too.

Too funny! I'm sure that I would fall for it too!